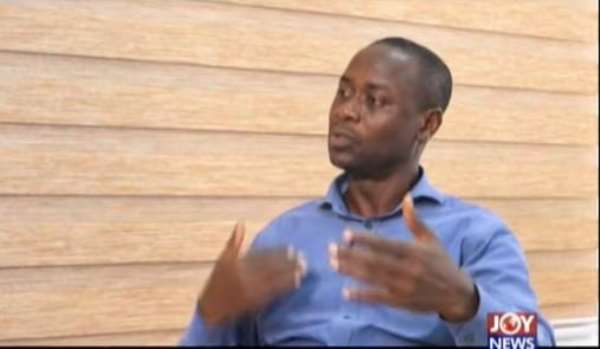 Economist, Prof. Eric Osei Assibey has observed that a drastic appreciation of the cedi which is highly doubtful won’t benefit the local economy.

Prof. Assibey explained that, should the cedi appreciate from its current GH¢5.51 against its major trading partner, the dollar to GH¢1 to $1, it would be detrimental to the country’s export revenue.

Speaking on JoyNews’ PM Express programme, the University of Ghana lecturer said this “would lead to loss of foreign customers by local producers.”

What it means
Should a local producer of cocoa drinks export one bottle of drink for the trading price of $1 dollar, they get GH¢5.51 currently.

But should there be such drastic appreciation, the same producer would only end up with GH¢1 for every $1 of a bottle of cocoa drink exported, resulting in a loss of more than GH¢4 per bottle.

To avert this, Prof. Assibey explains the producers must increase their prices which then would drive the customers to cheaper markets.

It would only be a matter of time before the local market takes a hit and “foreign exchange would not come in and when that happens, you won’t be able to create employment for your people.”

He explained that an appreciation would, however, benefit importers. But when you import more, “it deteriorates your balance of payment,” he said.

According to the economist, the only way out of these two situations is to maintain the stability of the local currency.

Currency manipulation
Countries with a high export rate are of greater advantage if their currency is weaker compared to that of their trading partners’.

China, a major exporter has a relatively weaker currency to the dollar, standing at over 7 Yuan currently.

Based on the historic currency manipulation by China, it is now even more obvious to everyone that Americans are not paying for the Tariffs – they are being paid for compliments of China, and the U.S. is taking in tens of Billions of Dollars! China has always.... — Donald J. Trump (@realDonaldTrump) August 5, 2019

The People's Bank of China (PBOC) said the slump in the yuan was driven by "unilateralism and trade protectionism measures and the imposition of tariff increases on China".