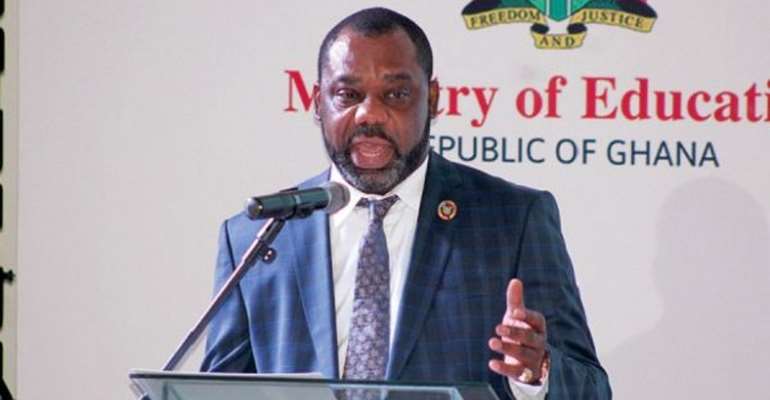 Education Minister Dr. Matthew Opoku Prempeh has maintained that some invisible slights of hands instigated the horrific scenes that characterized the Senior High School placement process at the Independence Square in Accra on Monday.

A number of students fainted and had to be resuscitated after enduring sweltering heats at the Independence Square where they had rushed to secure schools for themselves. The centre had been set up to resolve expected challenges emanating from the computerised placement, such as boys being placed in girls only schools, and sighted students being placed in special schools for the blind.

On Tuesday, Dr Opoku Prempeh while on Asempa FM’s Ekosii Sɛn programme had said that most of the people at the centre had been bused there to create the chaotic scenes and to court disaffection for the government.

That assertion was condemned from many quarters.
But on Thursday morning on Citi FM, Dr. Opoku Prempeh insisted that there were clear indications that some of the people had no business being there but had been bused there purely for mischief.

“What happened between Monday and Tuesday, all of a sudden on Monday, there were thousands of people at the Independence Square, falling over, stampeding, all with brown envelopes, all with brown envelopes shouting, and look at TV trail of the clips. Some, when you even ask them what school they chose, they don’t know, some when you ask them the results, they cannot even give you. Bernard, what happened on Monday was not ordinary people looking for placement. We have more than enough evidence that they were bused to the place, they were informed, they were excited, they were motivated to do what happened. Bernard look at two things, when it walks like a duck, and it talks like a duck, it is a duck.”

He said while the school placement system had not overnight miraculously resolved the challenges associated with the process, the people who thronged the centre had miraculously vanished the next day.