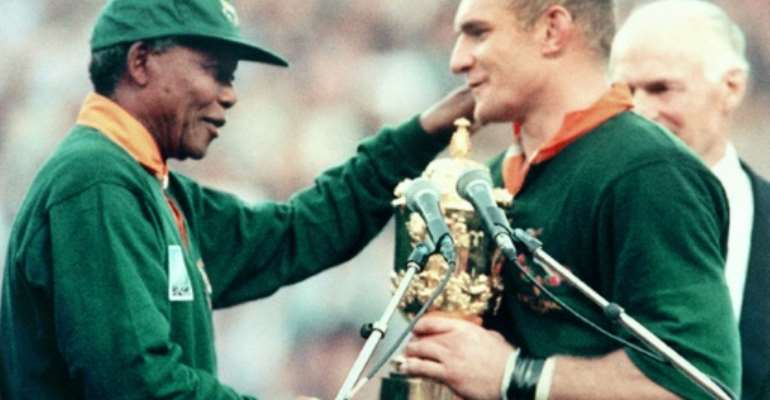 South African Sports Minister Nathi Mthethwa has told the Springboks that World Cup victory is "most important" as a unifying symbol for the Rainbow Nation.

Mthethwa delivered his message personally on Friday when he met the players on the eve of their opening clash against reigning champions New Zealand in Yokohama.

Winning the Webb Ellis Cup would have national significance, the minister told AFP, as he watched the first black Springbok skipper Siya Kolisi lead the side through their pre-match paces.

"From the opening match, the most important thing for us is clinching victory, the World Cup itself, so we're confident," he said.

"It means a lot. A win for South Africa here in Japan is a victory for the whole of the country, especially in the project of uniting our people."

Sporting success has been an integral part of South Africa's development since the poignant moment South Africa won the 1995 World Cup final and Nelson Mandela, wearing a Springbok jersey, presented the trophy to captain Francois Pienaar.

"Sport in South Africa has worked as a unifying factor for all of us so it's so important for us as a government in this difficult situation of a global economic slump," added Mthethwa.

"People are depressed all over the world and they're looking for something that is going to cheer them up, to boost them," said the minister.

He added that after winning the 1995 World Cup on home soil and repeating the feat in France 12 years later, South Africa were looking "to make history in another continent... so we have conquered the world as it were."