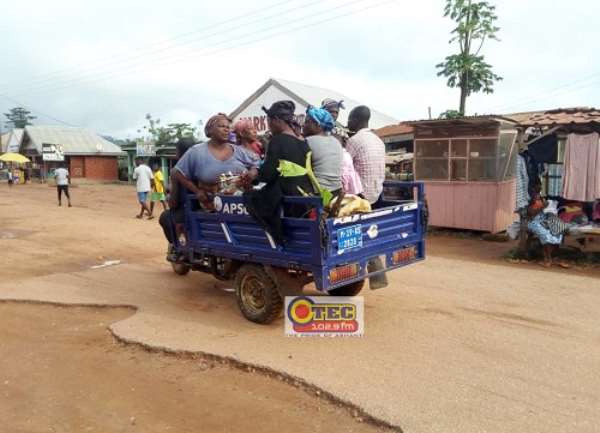 Residents of Sreso-Timpom, Kyekyewere, Wansamere and other surrounding communities in the Atwima Mponua District of the Ashanti region are calling on the government as a matter of urgency to fix bad roads which are having a toll on their economic activities.

They explained the bad nature of the roads has forced many transport operators to stop plying on the roads, complaining of visiting mechanical shops more often for maintenance as results broken vehicles’ spare parts, a situation making commuting very difficult.

The residents who spoke to Otec FM's Evans Agyei Sikapa who visited the area on Wednesday, September 19, 2019, said the situation has compelled them to resort to tricycles, also known as ‘Aboboyaa’, which apart from their unsafe nature, not able to transport their wares to their destinations.

The Atwima Mponua district, the hub of the Nyinahin Bauxite which has been used as collateral for the $ 2billion Ghana-China Synohydro deal, is yet to benefit from the deal as the roads are yet to be given to contractors by the authorities, according to Evans Agyei Sikapa.

Echoing their grievances, the residents who are mainly farmers, complained that the non-fixing of the roads have left most of their farm produce to not rot as there are no vehicles to transport them, and those who do, do it at higher costs.

They say several efforts to get authorities to address their concerns have proved futile, leaving them no option than to manage the situation and vote out the government if it fails to fix the roads before the 2020 general elections.

Meanwhile Chief of Sreso-Timpom, Nana Dwumaah Frimpong III, has expressed his disappointment at District Chief Executive (DCE) and Member of Parliament (MP) Hon. William Darko and Hon. Isaac Asiamah, respectively, who have failed to live up to their campaign promises.

“Since the duo came to power, our concerns have been sent to them but are yet to reply, let alone meeting the people. There are more ten communities within this catchment area, and the president Nana Addo fails to call them to address our grievances, we will advise ourselves during the next general elections,” he warned. 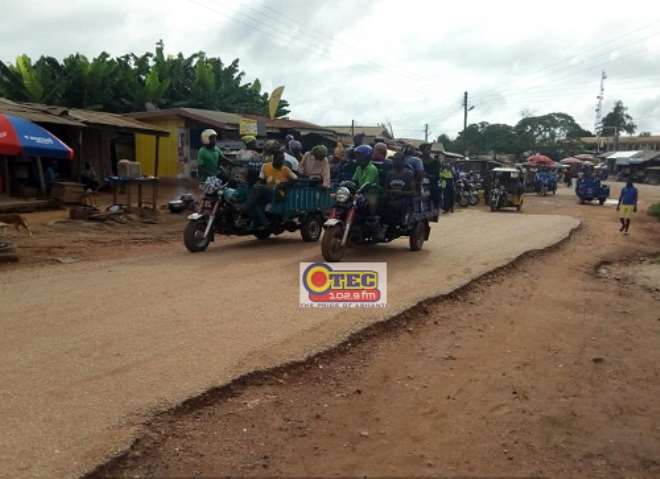