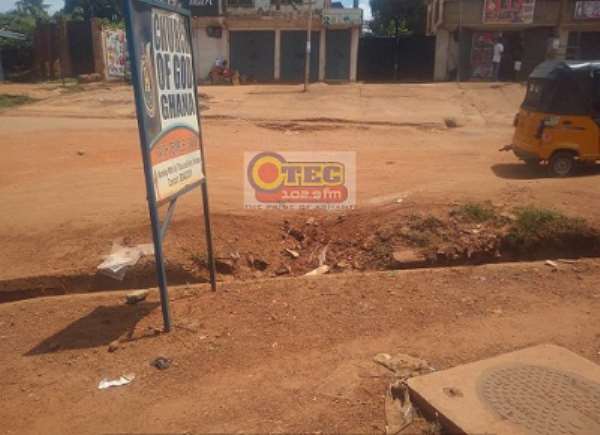 Residents of Tafo Nhyiaeso a suburb of Kumasi in the Ashanti Region have expressed their displeasure over the poor state of roads in the area linking them to other communities.

According to them several road accidents involving motorists and pedestrians have been recorded in the area due to the bad condition of the road as drivers find it difficult when using the route.

Dust produced from the road by moving vehicles also makes life in the community unbearable for businesses and their health condition.

In an interview with Otec News reporter’ Emmanuel Asiamah who visited the community, they said there has not been any attempts by authorities to renovate the road despite its poor condition.

They have therefore called on Government to fix the roads to curb the crisis and promote development in the area.

Drivers from Krofrom, Moshie Zongo, Pankrono among others who use the roads as link-ups, usually end up in traffic jam due to the deplorable state of the road.