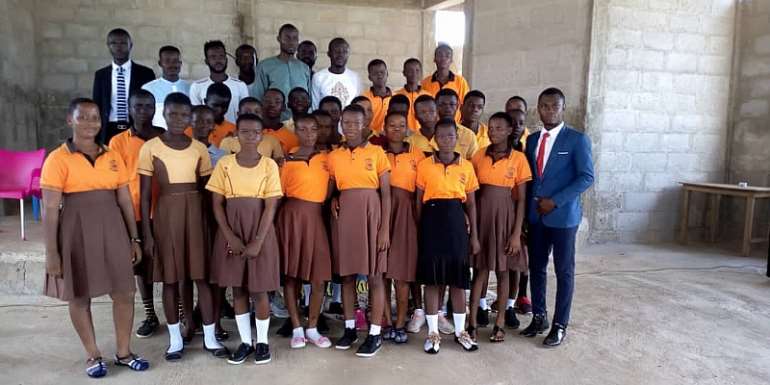 Since its inception, the Free Senior High School (FSHS) program has come under series of unwarranted attacks. These attacks, once upon a time, before the unrigged electoral victory of Nana Addo Dankwa Akufo-Addo were outright outraged contention against the possibility of implementation of such a program by some group of persons, the NDC.

On all political campaign platforms, then President of Ghana who was also the Presidential candidate of the now opposition National Democratic Congress, NDC, wholeheartedly condemned the intention to implement such a program. He was very straight to the point in his condemnation and pessimistic stand against FSHS. No iota of explanation in defense of the program could convince former President John Dramani Mahama and his NDC to accept or attempt to accept the thoughts of a FSHS implementation. Making mockery of the thoughts of anything like Free Senior High School, he said "FSHS Is Not Possible".

Ghanaians, having been fully convinced of the message of the Free SHS and many other promises of then candidate Akufo-Addo decided to make a change of shame. The change was indeed a perfect one which brought great shame to the NDC. A whooping one million vote loss took a ruling government to opposition. This massive victory was nothing except of evidence that the ruling government had failed the citizenry. This is a fact.

Fast forward 2017, after Nana Addo Dankwa Akufo-Addo had assumed office as President, he set forth plans to deliver the campaign promise of a FSHS. Having assessed the weight of such a program, there was sound need to put into position a people who could design and implement the policy better if not best. Led by the Member of Parliament for Manhyia South constituency, Hon. Mathew Opoku Prempeh moved to implement the vision of the President, ably supported by a team of identified educationists and policy frame makers.

From the inception of the FSHS till date, the NDC have engaged and still engaging in daily conspired attacks against the program. Evidences of these attacks could be seen, heard and felt each day especially when they hide under the canopies of almost every odd happening to blame it on FSHS.

Notwithstanding the above, these same people who have constantly criticized the FSHS without making any meaningful recommendations to suffice the program go round claiming they will improve it. Most pathetic is their inability to explain to well meaning Ghanaians how they would improve the program. The challenge is simple; If the NDC says they will improve the FSHS program when given power in 2020, they should respect Ghanaians by telling us the exact problem with the program and how they seek to improve the ills.

The FSHS has come to stay. It is a brilliant program which looks at reducing illiteracy to the possible minimum. For its soundness, many other African countries have applauded the Akufo-Addo government and have copied same for implementation in their countries. The ministers of education have equally done exceedingly excellent work in ensuring the full implementation and sustenance of the program.

The facts are clear that there could not have been any member of the NDC, be it a Member of Parliament or Minister of State or Party Executive or Appointee who could implement the FSHS program, the main reason why they still find it difficult to believe FSHS is truly happening. In perspective, Ghanaians can't afford to let the FSHS program die in the hands of the NDC and for that matter will never give them any second chance to ruin it. FSHS program has come.