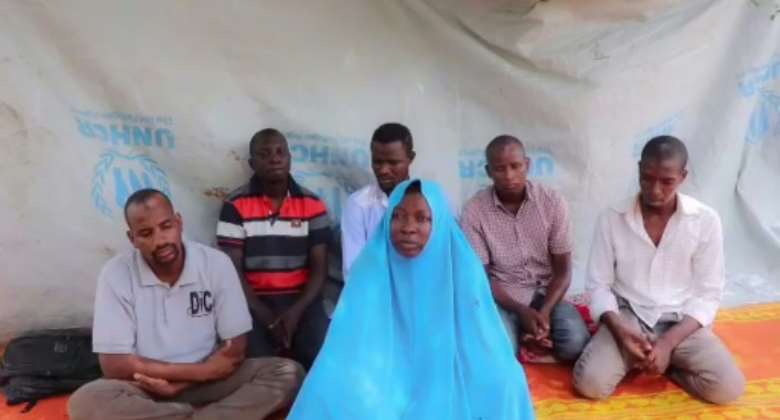 The Nigerian army has shut down the office of NGO Action Against Hunger in the northeastern city of Maiduguri, staff said on Thursday, as six of its employees remain held hostage by jihadists.

The NGO's country director Shashwat Saraf told local media that the military had not given a reason for the closure.

"We are actually surprised that our Maiduguri office has been sealed off by soldiers. We have no idea why and have not been told," he said

Maiduguri, the Borno State capital, is the birthplace of the Boko Haram movement and has been repeatedly attacked by the group.

Six of the NGO's staff have been held in jihadist captivity since being seized by militants from the Islamic State West Africa Province (ISWAP) group in July.

Their convoy was ambushed near the Niger border and their driver was killed.

According to the NGO, the staff featured in a hostage video released by ISWAP.

An AFP journalist outside the NGO headquarters on Thursday witnessed soldiers stationed by the premises.

"They came and asked everyone in the building to leave. They said it was an order from above," an NGO member said on condition of anonymity.

The Nigerian army did not give a reason for shutting down the Action Against Hunger office in the northeastern city of Maiduguri. By AUDU MARTE (AFP/File)

"We all evacuated the office (on Wednesday). They have been guarding the building since yesterday," the member told AFP.

At a press conference on Thursday, the Nigerian army made no mention of the incident.

Relations between the Nigerian and army and aid organisations in the region are tense, amidst a now decade-old insurgency and an ongoing humanitarian crisis.

Despite claims by the Nigerian government that Boko Haram has been technically defeated, the insurgency continues to rage, devastating the region.

More than 35,000 have died since the conflict began, with some two million people displaced and many reliant on food aid.