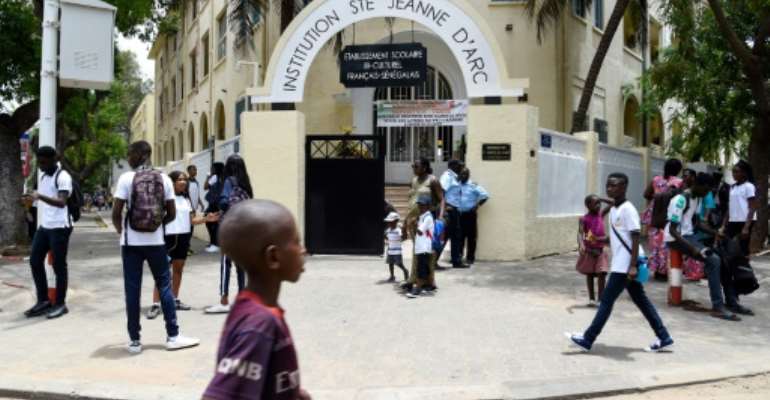 At least four people were arrested for demonstrating in front of the Catholic school in protest of the veil ban. By Seyllou (AFP/File)

More than 20 Muslim students who were banned from a Catholic school in Dakar for wearing headscarves returned to classrooms on Thursday after teachers and the government reached a deal following the intervention of the Vatican.

Since September 3, 22 headscarf-wearing students had been banned from the Sainte Jeanne-d'Arc Institution after it enforced a rule which said boys and girls should have "uncovered heads".

The move sparked demonstrations and a heated debate in Senegal, with at least four people arrested for protesting outside the school against the headscarf ban.

The controversy ended after a compromise deal brokered by the Vatican, according the Holy See press office.

A Vatican representative contacted the school and requested a solution, citing Pope Francis's commitment to inter-religious dialogue and social cohesion, the office said.

The students returned after a deal between teachers and the education ministry said pupils could wear a uniform with a "scarf of suitable dimensions".

The scarf must be provided by the school and not obstruct clothing, the agreement said, which only applies to this school year.

"All 22 students were readmitted. We respected the agreement," headmistress Ryanna Tall told AFP.

The Catholic school has some 1,700 students and was founded in 1939 by the French-based congregation of Saint-Joseph de Cluny nuns.

"The students have been readmitted without any problem. They wear a headscarf that covers the head, ears, and neck," said Abu Daoud, a father of one of the students.

Senegal is an overwhelmingly Muslim country known for its religious tolerance.

The former French colony's constitution says it is a "secular, democratic and social republic".

Ninety percent of the population is Muslim but the headscarf is not as widely worn as in other Muslim countries.