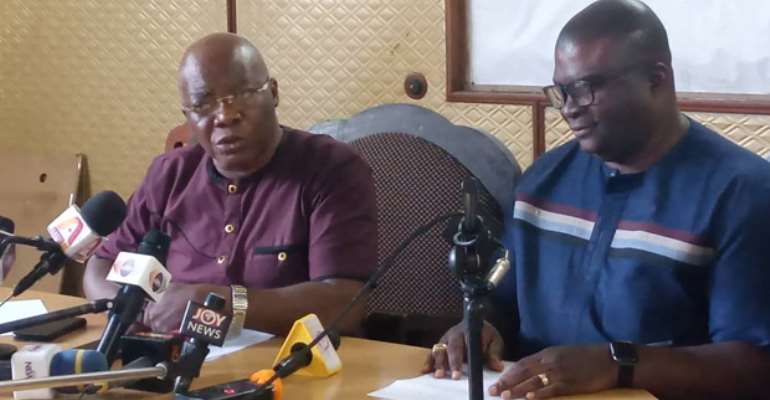 Ghana Railway Company Limited (GRCL) has refuted claims by Ghana Manganese Company (GMC) GMC that it is has donated $10 million to the Ministry of Railway Development to do some work on a portion of the western rail line but GRCL has failed to do so.

During a recent visit by the Parliamentary Select Committee on Mines and Energy to the premises of GMC at Nsuta in the Western Region, the Chief Operating Officer of GMC, Benjamin Atsu Quarshie, indicated that in 2017, GMC donated $10 million to the Ministry of Railway Development to at least do some work on the line but nothing has been done.

2019, to set the records straight, the GRCL pointed out that the statement from the Chief Operating Officer of GMC did not support the facts and that a total of $4.99 million out of the $10 million was disbursed to GRCL.

According to the GRCL, the amount given was for the employment and operational components of the contract and stressed that the GMC never gave any money to the Ministry of Railway Development.

The Deputy Managing Director in charge of Engineering at the Ghana Railway Company Limited, Dr Michael Adjei Anyetei, disclosed that the contract was signed on August 23, 2017 between the GRCL and the Ghana Development Authority, Chinese Tianyuan Manganese Limited, Consolidated Minerals Limited and GMC to the tune of $10 million.

He noted that the purpose of the contract was to develop the Western rail line which had suffered significant deterioration for a period of time and affected the operation and revenue of GRCL, adding “So the line needed significant rehabilitation”.

He revealed that the components of the contract included Employment Fund, $ 4.55 million; Operational Fund, $350,000 and Rehabilitation Fund which was $5.1 million.

“We want to put on record that the employee and the operational funds have been disbursed to GCRL. The GMC did not give money to the Ministry of Railways as had been portrayed”, he indicated.

He added that GMC appointed a company called Holtrade in the United Kingdom as their contractor for the rehabilitation works but the GRCL was not satisfied with the works being done by Hooltrade and called for the abrogation of the contract, and GMC obliged.

He noted that the GRCL then took over the rehabilitation of the rail line in January 2019 adding that about 35,000 wooden sleepers had so far been changed while about 25,000 cubic metres of ballasts had been spread across the entire corridor.

Mr Anyetie pointed out that about 300 workers had been engaged for the rehabilitation works.

“All these facilitated the successful test run of the passenger train conducted from Takoradi to Trakwa on September 17, 2019 and the current works are being funded by the Government of Ghana”

For his part, the Acting Managing Director of GRCL, John Essel, disclosed that the Chief Operating Officer of GMC had been part of the rehabilitation committee meetings.