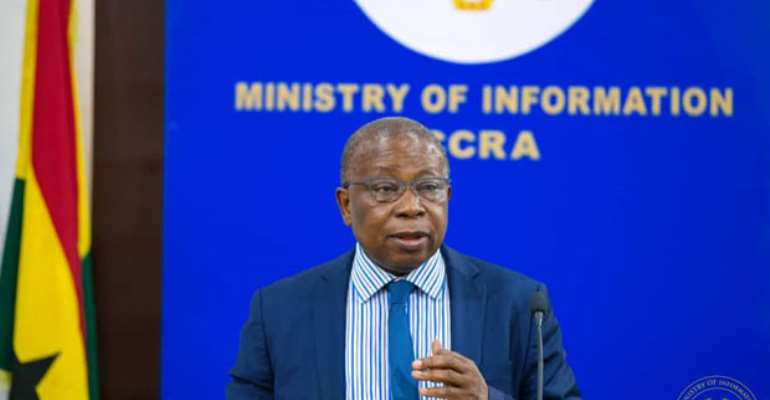 The President Akufo-Addo’s administration has accused the National Democratic Congress (NDC) of playing politics with health projects across the country.

Minister of Health, Kwaku Agyeman-Manu, addressing the media on Thursday, September 19, 2019, at the Information Ministry’s press briefings, recounted how at some point, he was attacked and pelted with stones by some persons belonging to the NDC who felt the Akufo-Addo Government was trying to claim credits for projects apparently started by the Mahama’s administration.

The NDC and former President John Mahama have been accusing the NPP for failing to either complete hospital projects they started or to give them credits for those it (NPP) has decided to complete.

But the Health Minister said when the current government came to power in January 2017, 10 polyclinic projects in the Central Region it inherited from the Mahama’s administration were at very early stages of execution.

The projects were commissioned as at August 2018, he stated

He stated that the NPP Government under President Akufo-Addo has tried to avoid politicising the health projects.

“When it comes to health, I try to take the politics in me,” he said.

There were eight Hospital s packaged as a single project being done by a contractor called Euro Get.

He said those projects were started by former President John Agyekum Kufuor and have not been completed, saying the projects are located in Wa, Kwabenya, Konongo, among others.

“For eight years, these eight hospitals never completed,” he said.

When the NPP Government came, he said work had stalled.

He said the contractors were using LCs to access funds to continue with the projects.

He stated for some reasons, Mahama’s finance Minister, Seth Terkper refused to renew the LCs, resulting to the stalling of the remaining projects.

The apprehension was that $30 million cannot compete the remaining six left with two of them haven’t started at all, he said, adding that Government had to take measures to search for funds to complete the projects.

He said these were some of the processes that delayed some of the health projects the Akufo-Addo’s administration inherited.

But by October this year, he revealed, Government would ensure that work resumes on the projects.

Ongoing Projects
According to him, ongoing projects for which funds have been approved and which are at various stages of execution are rehabilitation and upgrade of the Tamale Teaching Hospital phase II; construction of five district hospitals in Sawla, Wheta, Somanya, Buipe and Tolon.

He stated that one polyclinic was also being constructed at Bamboi.

According to him, 15 CHPS compounds are at various stages of completion, with eight set to be completed and handed over by December 2019.

He noted that 26 more CHPS compounds are going to commence by January 2020.