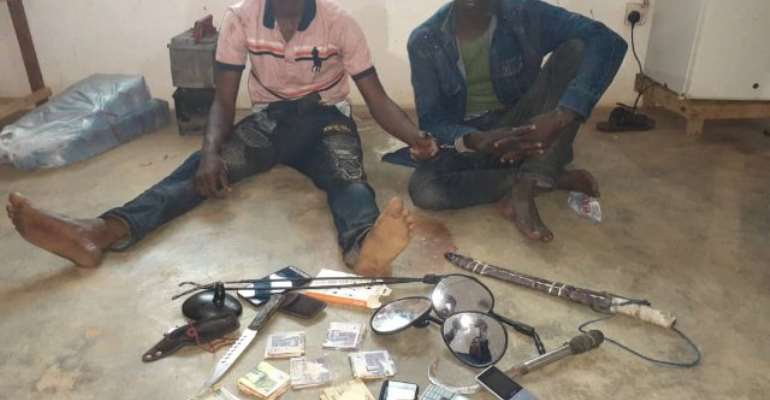 The Sawla District police (in the Northern Region) have in their custody two men suspected to be highway robbers.

Mustapha Mumuni and Ali Bukari were arrested along the Sawla-Tuna road on Wednesday by a police operation team ‘Conquer.”

According to a police situational report, “a search conducted on them revealed assorted monies in separate wraps” and four mobile phones.

At the District Commander's office, one Abass Gumah of Bole who on September 13 reported a case of robbery at the station, has identified one of the two arrested as being behind the robbery, JoyNews’ Isaac Nongya reported.

Police are scheduled to hold a press briefing on the arrests later Thursday.