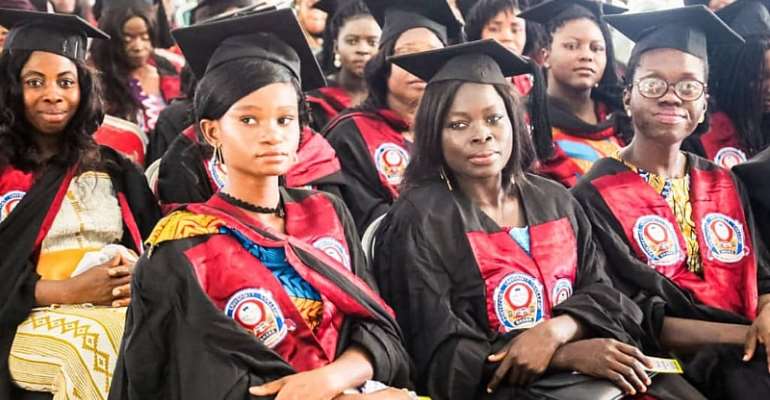 The Teshie Nungua Area of the Church of Pentecost, under the leadership of Apostle Dr. Alfred Koduah, has graduated its second batch of students from the Pentecost skills Development Center (PSDC).

The occasion was well attended by the Teshie Nungua Area Pastorates and their wives, dignitaries from far and near, Past Area Women’s Ministry executives, the Honorable Member of Parliament for Ledzokuku consistency, Bernard Oko – Boye, among others.

Delivering the welcome address, the Chief Executive Officer (CEO) of the school who is also the Area Women’s Leader for the Teshie Nungua Area of the Church of Pentecost, Deaconess Cynthia Araba Siaw Agyepong was grateful to the Lord Jesus for a milestone that the center had chalked and thanked the immediate Past Area head and wife, Prophet James Osei and Georgina Amaniampong for the support the Centre has received over the years.

She was also grateful to Apostle Dr. Alfred Koduah for also supporting the Centre since he took over as the Area Head last year. Deaconess Mrs. Siaw Agyeopng indicated that, since the inception of the center some three years ago, the center has been able to empower young people with employable skills to start their own business and have also trained young people with the potential to let them be what they want to be in future. She was of praise to the graduating students and urged them on to work with the skills they have acquired.

Speaking at the ceremony, the Area Head, Apostle Dr. Alfred Koduah stressed the need for parents to educate their children, saying, “Education is very important and if Christians want to break the cycle of poverty, then there is the need to educate our children.”

Apostle Koduah encouraged Christians not to delight in poverty but to strive to educate their children so they can compete with others children in this postmodern era. He also encouraged the grandaunts to work with their skills and not stay at home waiting to be employed by the government.

Also present at the ceremony was the board chair for the school, Elder Felix Adu who said the school now has a well constituted board which seeks to see to the day to day affairs of the school.

“The constitution of this board is a novelty on the part of the leadership of Teshie Nungua Area and it’s the duty of the board to made policies for the school to be autonomous and run on sound financial grounds.” He said.

According to Elder Adu, as the chair for the Pentecost Skills Development Center he and his members will ensure that the school becomes a self-sustaining school and well accredited in the country. He also urged the graduating students to exhibit their skills and be good ambassadors of the school.

Deaconess Margaret Osei, the deputy women’s director for the church of Pentecost, in her speech to the grandaunts’ referred them to Mathew 25:14 about the talent. She said the purpose of the talent was not for preservation but for multiplication. “The purpose of this training you have received is for you to work with it, help the local, District and the area to benefit from your skills.” She said. She also encouraged the graduating students to work hard, saying, “Hard work does not kill.” Deaconess Margaret Osei further encouraged the graduating students to exhibit truthfulness and integrity in their dealings since that will draw more customers to them. “Make noise about the Skills Development center.” He advised.

Also present at the ceremony was Honorable Bernard Oko – Boye, who was an invited guest for the ceremony. He thanked the leadership of the church for this great initiative of establishing a school, saying, “The church of Pentecost has really invested in the lives of young people.”

According to honourable, people try to associate with people because of favors they will get, but those who give skills, come to the aid of the needy, and give financial assistance are the true lovers of the government. “The best way to love people is to make them fishers of men and this is what Pentecost has done.” He said. He was of the view that the School will be one of the most sought out vocational schools in the country.

Three outstanding students were awarded for their distinguished performance while each graduating Students received three certificates from The Church of Pentecost, NVTI, and COTVET. 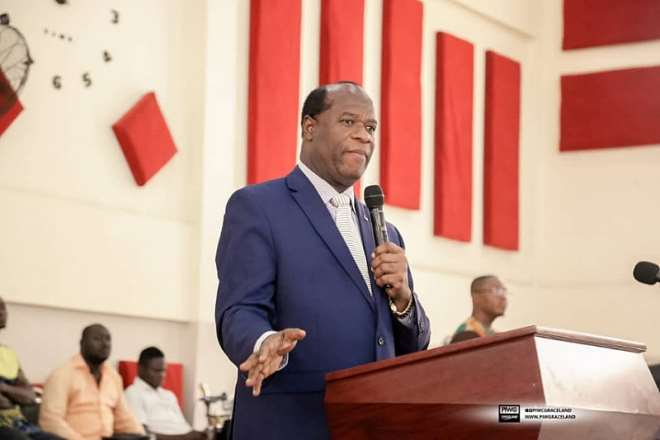 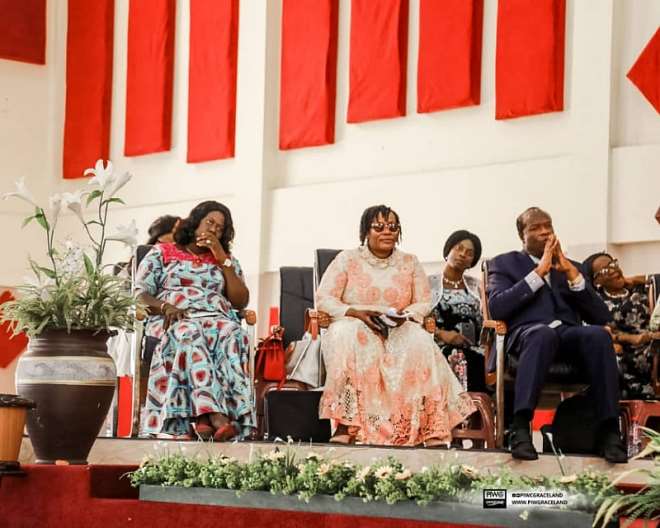 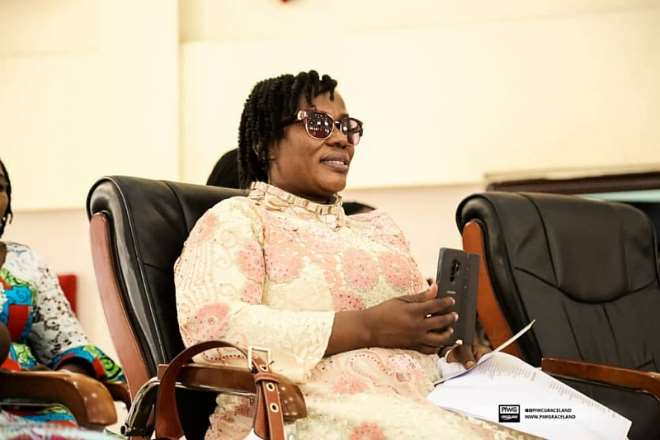