16 Grabbed In Military-Police Swoop In Yeji 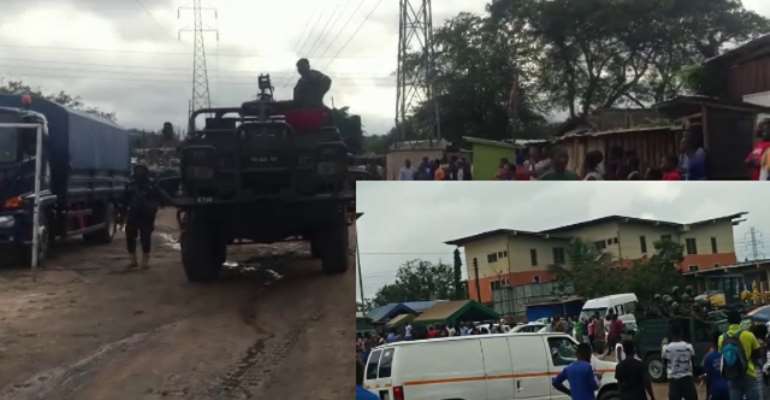 Sixteen suspected criminals were busted at Yeji in the Bono East Region during a special military-police exercise conducted to clamp down on criminals.

Suspects
Suspects Yakubu Ashadu, also known as Andani, was also busted for possessing a parcel of dried leaves suspected to be Indian hemp, while Tahiru Abdul Wahab had in his possession a bakal shotgun, two hammers and five machetes.

Three of the suspects, Ibrahim, Ashadu and Joseph Larry (popularly known as Wofa) were handed over to the Bono East Regional Police Command in Techiman while the rest were detained at Yeji for further interrogations.

He said the suspects found culpable would be prosecuted.

Chief Inspector Oppong called on the public to support the police and other security agencies to arrest criminals to reduce crime in the country.

He said the special operation was conducted to help reduce crime, especially armed robbery on the Kintampo-Yeji highway.

During his working visit the chiefs and people in the area made a passionate appeal to the Bono East Regional Minister, Mr Kofi Amoakohene, to beef up security to curb the increased armed robbery on the Kintampo-Yeji and the Atebubu-Kwame-Danso roads.