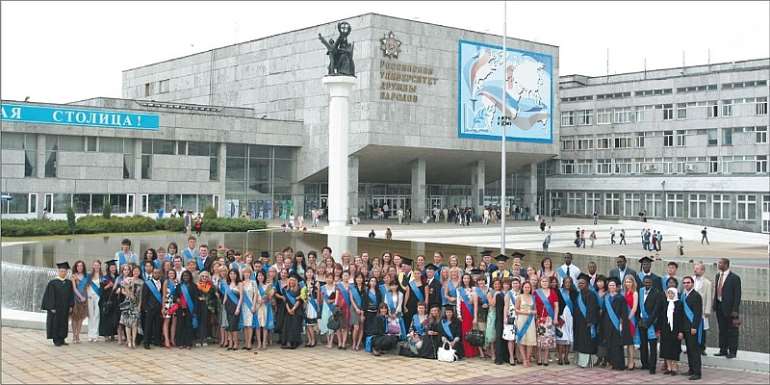 Early September, while addressing the staff and students at the Moscow State Institute of International Relations, Foreign Affairs Minister, Sergey Lavrov, reiterated Russia’s readiness to cooperate actively in the sustainable economic development and to strengthen efforts at training the needed specialists and professionals for Africa.

After the collapse of the Soviet system in 1991, there were problems to sustain relations with Africa. Then after more than a decade, Russia started to return to Africa. This process has been ongoing for the past 15 years, according to the top Russian diplomat.

Lavrov said: “This return is taking the form of resuming a very close political dialogue, which has always been at a strategic and friendly level, as well as resuming people-to-people, cultural, and educational ties: 15,000 Africans are now studying in Russia, and about a third of them receive scholarships provided by the Russian state.”

Indeed, this year has been characterized by frequent interactions between Russian and African Foreign Ministers, the plethora of MoUs were signed that set out the broad parameters of cooperation. Russia’s Education Ministry and the Foreign Affairs have raised the quotas for many African countries, the highest given to Ethiopia, South Africa, Angola, Namibia, and Mozambique.

According to a report posted MFA website in August, for instance, some 1,120 Angolans have enrolled, on Russian scholarships or grants, at various institutes and universities throughout the Russian Federation. Figures for other African countries are available on the official information portal of the ministry.

Besides state-sponsored students, Russia’s Education Ministry has also launched a large-scale educational campaign targeting to recruit private foreign students into its educational institutions across the Russian Federation. The program to be implemented until 2025, which has a launched website (study in Russia) translated into different languages, seeks to boost the popularity and improve image abroad.

Russia further aims at strengthening the next generation of pro-Russian elites who will help promote its interests, including long-term ones in their home countries. With this in mind, the Ministry of Education and the Ministry of Foreign Affairs, ultimately, hope to improve the efficiency of “soft power” in Africa, though not to the levels during the Soviet era.

Understandably, Russia is now targeting Africa’s fast-growing population as a huge potential market for knowledge transfer and export education. Rossiyskaya Gazeta, a widely circulated Russian daily newspaper, reported that Russia has been refocusing on young population in developing countries of Asia, Africa, and Latin America, targeting the elite and middle class in these markets for the export of education, which has great potential.

The newspaper reported the advantages of multiculturalism and cross-cultural interactive activities paving the way for integration in the Russian society. As far back as April 2011, Russia’s Federation Council and State Duma (upper and lower houses of parliament) passed a bill. That bill was finally signed into a law that allows foreign students the right to employment, a replica of work and study modeled program in the western and European countries.

Professor Viktor Sadovnichy, Rector of Moscow State University and Chairman of Russian Rectors’ Association, an organization that unites more than 700 heads of higher education institutions, argued that education and demography are interconnected, developing countries of Asia, Africa and Latin America have growing middle-class.

“This favours the export of our education, it has a great potential cooperating in education sphere, it could serve as a huge market – training young professionals that are in demand on the labour market,” Sadovnichy said, addressing a plenary meeting of the Russian Rectors’ Association at Peter the Great St Petersburg State Polytechnic University in April 2018.

In an interview with Eurasia Review, Professor Natalia Vlasova, Deputy Rector at the Department of International Relations and Cooperation of the Ural State University of Economics (USUE) in Yekaterinburg, explained that many African countries are developing rapidly, the African elites and the growing middle-class are great potentials for sponsoring their children’s education abroad.

“In times of Soviet Union, African countries were strategic partners, and now we should reactivate these relations because in the nearest future they will have big economic and political power. This could, indeed, be a huge market and has potential for business,” she noted assertively.

In addition, Vadim Trofimovich Kirsanov, African Affairs Advisor at the Regional Projects Department, Russkiy Mir Foundation, in an interview discussion with Eurasia Review also explained the absolute necessity to develop bilateral ties not only in the economic sphere but also in education and culture, promote the exchange of people and ideas in the social sphere. Russkiy Mir Foundation is non-profit Russian NGO created primarily to promote Russian language, image, and culture abroad.

“We must use the full potential interest in Russian culture, Russian language, mutual sympathy and interest between the peoples of Russia and Africa, a great desire of Russians and Africans to visit each other to make friends, establish new connections. It will be of high interest to African countries, which they have passionately appreciated, when Russian authorities create this social platform towards the development of Russian-African relations,” according to the Advisor at Russkiy Mir Foundation.