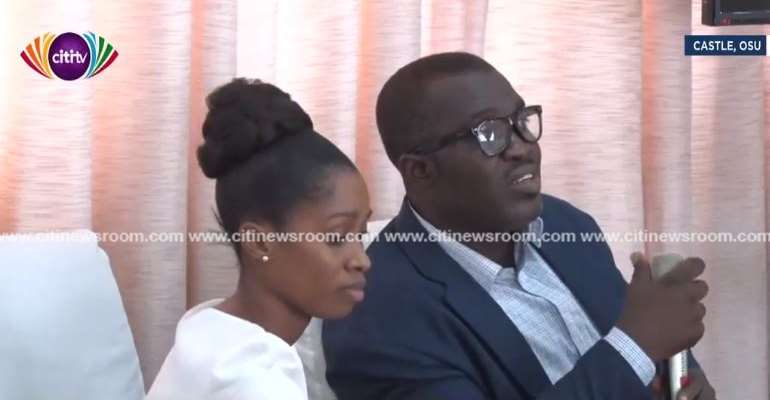 The government has backed a recommendation by the Justice Emile Short commission to prosecute Mr. Ernest Akomea alias 'Double' for possessing unauthorised firearm.

‘Double’, who was one of the witnesses before the commission of enquiry was in possession of a firearm he was not supplied with by a higher authority.

As part of his testimony before the commission on Tuesday, 5th March 2019, he said that he was trained for three weeks as a recruit when he joined the national security apparatus.

Prior to that, he was dealing in mobile phones at the Kwame Nkrumah Circle in Accra.

Double became a person of interest to the Commission in the ongoing probe into the violence that marred the Ayawaso West Wuogon by-election on 31 January 2019 when the Member of Parliament for Ningo Prampram, Mr Sam Nartey George told the Commission that he (Double) was among the masked national security operatives who shot into a crowd that had gathered at the residence of the NDC's parliamentary candidate, Mr Delali Kwasi Brempong.

“Shots were immediately fired into the air. I immediately took cover against a wall and stood against it. Because the next 60 seconds appeared to be stuff from an action movie. I saw a number of the armed men pull out their side weapons and fire into the direction of the crowd. I saw Double [a National Security operative] pull out his AK-47 and fire. The gun jammed; I saw him clear his chamber, reload the gun and fired several rounds from his AK-47,” Mr Sam George told the Commission when he appeared earlier.

Double, however, denied ever shooting during his testimony.

But Government in its White Paper on the back of the report by the Commission said Double must be prosecuted for the unauthorised possession of firearms under subsection (1) of section 192 of the Criminal Offences Act.

He has been referred to the Criminal Investigations Department for further investigations.

[Hot Video] Shatta Wale vim dies as prisoners hoot at him in...
58 minutes ago