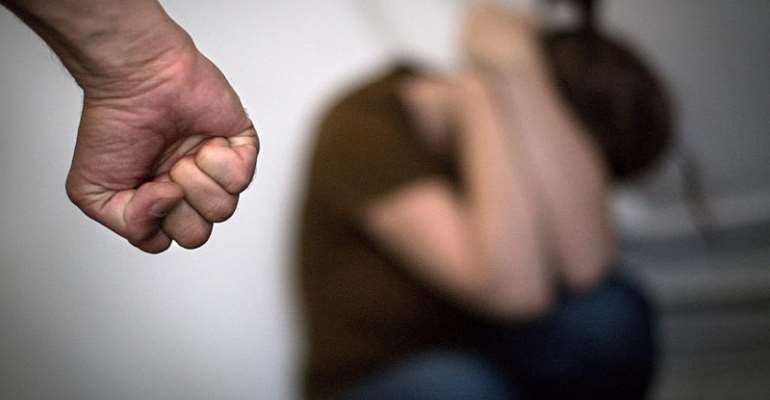 A French woman was killed by her partner in front of their three children, prosecutors in northern France said, prompting hundreds of protesters to gather nearby calling for an end to domestic violence.

The man, 37, stabbed the 27-year-old woman 14 times during a dispute in the northern port city of Le Havre on Monday,

The couple were in the process of separation, prosecutors said in a statement late Tuesday. Their children, aged six, four and two, looked on as their mother was attacked

The mother died instantly and the man was quickly arrested. A prosecutor said the stabbing happened in front of a supermarket.

"The accused confessed to what happened and said he acted out of fear that the victim would prevent him from seeing his children," the statement said.

The death of the woman -- named as Johanna -- sparked fresh outrage in France, where an increase of murders of women by current or former partners has been identified as a major social problem by the government.

Around 800 people rallied in front of the town hall in Le Havre on Wednesday and 600 marched through the streets, according to police, to protest the killing and demand justice, brandishing slogans such as "break the silence" and "stop the femicides".

The mother died instantly and the man was quickly arrested. A prosecutor said the stabbing happened in front of a supermarket.

The suspect was charged and was detained on Wednesday and a judicial inquiry has been opened.

The three children were placed in a temporary placement order and under the care of a family member, prosecutor Francois Gosselin said.

Police had already intervened at the couple's home a week earlier, when the woman said she had escaped through a window after her partner threatened her with a knife.

He was detained at the time but it was decided there was insufficient basis for further action.

According to official statistics, a total of 121 women were killed by their partner or former partner in France last year.

The government of President Emmanuel Macron has embarked on a major consultation on domestic violence to find ways to stop the murders.

The problem has become all the more pressing following a new spate of such killings this year.

According to French associations battling violence against women such as NousToutes and the Fondation des Femmes, 106 women have been killed in such crimes so far this year.