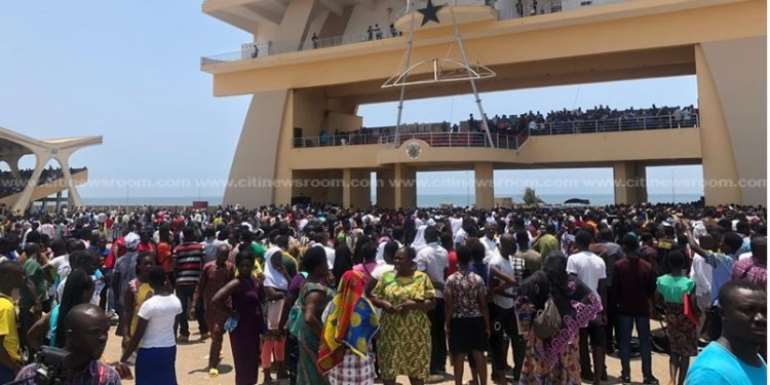 The coalition in a statement said it wants an independent committee to probe the matter and make its findings public as well as propose reforms that will ensure a credible and accountable Computerized School Selection and Placement System (CSSPS).

“We hereby demand a full scale investigation by an Independent Committee to assess the current operational framework and system and ascertain the cause of the breach of the system's security and integrity, thereby permitting access to saboteurs. The Committee should then make PUBLIC its report with recommendation on how an independent, credible and accountable CSSPS regime can be ensured in Ghana.”

In the past few days, thousands have thronged the make-shift solution centre created by the Education Ministry to resolve the numerous challenges encountered with the search for a place in a Senior High School under the CSSPS.

As Senior High schools reopen this week, a number of the students who qualified have not yet been placed by the Computerised Placement System for varying reason prompting renewed criticism of the process.

Others who were also placed want new placements.

According to GNECC, the situation is “an embarrassment to the country, bearing in mind the billions of cedis that the tax payer is expending every year to fund the free SHS policy.”

The coalition in its statement said that some key staff at the CSSPS secretariat who were transferred after the new government game into office in 2017 should be called in.

It also said, “dissolving the Technical Working Committee [comprising key sector stakeholders, such as teachers, head teachers and parents] which had some oversight of the CSSPS Secretariat exposed the CSSPS secretariat to undue political influence.”

“The procurement and use of new software this year, provided very little time for its piloting. The information we have is that the software was tested for only three months. One would have expected the Ghana Education Service to have spent at least 6 months testing and trialing the new software before fully deploying it. It is still unclear the reasons for abandoning the old software which has proved very efficient over the years,” the statement added.

Meanwhile, calm has returned to the Black Star Square where thousands of parents had gathered to seek solution to their challenges with the placement service.

Perfidious Asiedu Nketiah and Ofosu Ampofo are imposters in ...
53 minutes ago