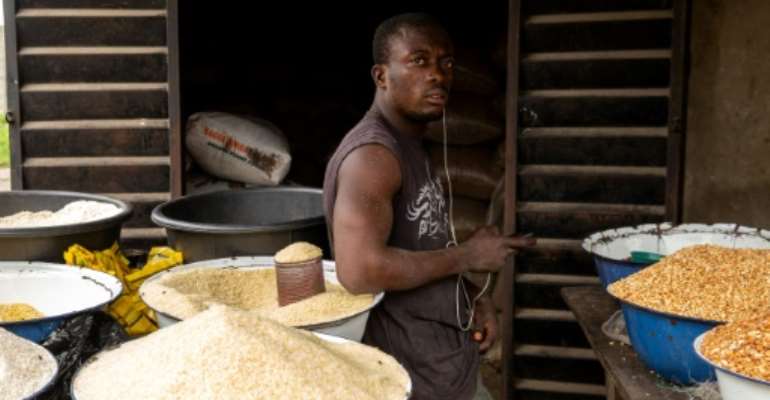 The days of heaping 50-kilo sacks of rice across the saddle of their motorbike and slipping a few notes to a customs officer are now gone.

With Nigeria having snapped its borders shut, the legions of motorbike riders who used to satisfy the nation's hunger for imported rice are lucky at best to sneak through a few packets of Basmati.

The smugglers risk more than just jail time if they try force or sneak across the border.

"They shoot us and kill us like goats," said Adewole, who asked for his full name not to be published, stuttering with anger.

The some 3,000 sacks of rice per day that motorbike riders estimate they previously smuggled across the border from Benin have slowed to a trickle.

The border closure is part of President Muhammadu Buhari's plan to end Nigeria's economic dependence on oil, by developing domestic agriculture and industry.

With cheap goods -- smuggled or imported -- long having hampered domestic producers, Buhari ordered a partial closure of the border with Benin in August.

This month, the borders with all neighbouring countries have been shut completely.

"The Nigerian borders will remain closed until the countries sharing borders with Nigeria" accept conditions put in place for the country's economic policies on what is imported, warned Hameed Ali, comptroller general of the Nigeria Customs Service.

He said that the move was built on the idea that, instead of encouraging development with incentives, one can bring it about by necessity.

"They expect that by creating a gap in the supply, the industry should grow," said Ademuwagun. 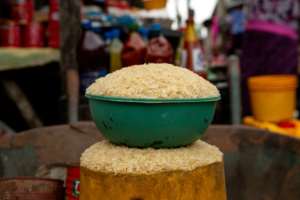 The price of rice has skyrocketed in Nigeria after border closures to encourage domestic agriculture and industry. By Benson IBEABUCHI (AFP)

"But it's not what's happening."

Nigeria has pursued this type of development strategy before, with some success.

Former president Olusegun Obasanjo, who was in office from 1999 to 2007, banned cement imports.

Buhari may have trouble repeating that outcome, however, as the situation with rice shows.

Nigeria has been ramping up rice production, with local output rising by 60 percent since 2013, according to official figures, although specialists say they are inflated.

But at 4.8 million tonnes last year, local rice production was still not enough for the 190 million Nigerians, who spend about a tenth of their food budget on the staple. 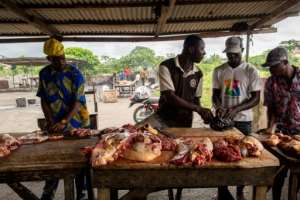 Beyond quantity, there is also the issue of quality.

"It's the imported rice people love," said one trader at the market in Badagry, a coastal town between the capital Lagos and Benin.

"Nigerian rice is not good enough and too expensive."

If you can get it.

The border closure means Nigeria is choked off from supplies until the next harvest by local farmers.

The Badagry market, usually teeming with activity thanks to its location near the border, now lacks its usual hubbub.

Not only is there almost no rice to be had, there is almost no macaroni, cooking oil, or sugar either.

"We can't depend only on local production," said market director Todowede Baba Oja.

"No one is on an island. We depend on one another. This suffering is getting out of hand."

Even the butcher who sells locally-produced beef is having trouble, as his customers have little left for meat after paying higher prices for staples.

People have "no more money", he said.