Fuel Prices Go Up Again: Transport Prices Up By 10%

50,000 Loose Jobs As A Result Of Banking Reforms
By CDG-GH 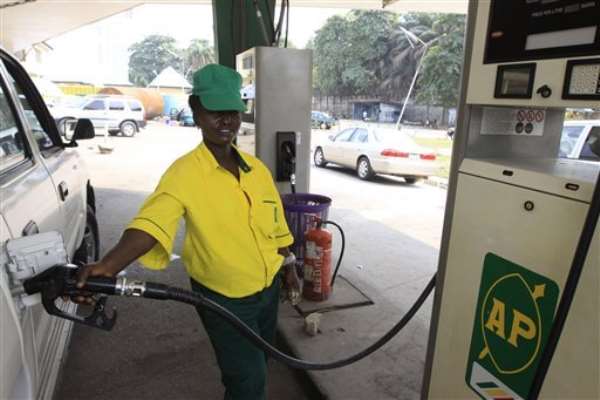 The Caucus for Democratic Governance-Ghana (CDG-GH) has observed with concern the 10% increase in transport fares as a result of fuel price increases. One sensitive area that induces ripple effects on our economy is increases in fuel prices. The spiral effect of such increases, affect transport fares, prices of food, prices of basic commodities and generates high inflation; all of which negatively affects the average Ghanaian. Not long ago, electricity and water bills went up and might go up again as a result of these increases

GENESIS
The genesis of these increases is not difficult to find. Data from the National Petroleum Authority (NPA) shows that there are ten (10) different taxes, levies and margins on petroleum products. These are :

Experts and analyst, argue that some of these taxes have outlived their usefulness and so must be scrapped to keep fuel prices and commodity prices stable.

Mr President, Ghanaians are suffering. It is important to set your priorities right, There is no point spending the tax payers money on over bloated Presidential staffers and countless number of Ministers, when 603,000 school leavers and graduates have no jobs ; when a large percentage of Ghanaians are unemployed and so cannot afford one good meal a day. It is not right, when Presidential budget alone, add up to about 1.9 billion, partly used for hiring planes and for trips that do not benefit the jobless and the hungry Ghanaian.

REMOVAL OF SPT
The Caucus for Democratic Governance-Ghana (CDG-GH) is arguing for the removal of Special Petroleum Tax (SPT) of 15% because it has outlived its usefulness. The Special Petroleum Tax was introduced in 2014, at a time when the price of crude from the International market was hitting a record low of 40 dollars per barrel. The Government at that time felt the need to introduce the tax to stabilize the ex- pump price and to cushion revenue generation from the sector. Now that the price of crude has risen to 61.81 dollars per barrel, the tax has served its original purpose and has to be removed. Originally the tax was 17.5 % and was reduced to 15% and then to 13%. Now that the oil price is relatively high compared to the price in 2014, the right thing to do is to scrap the tax to alleviate the plight of the suffering masses.