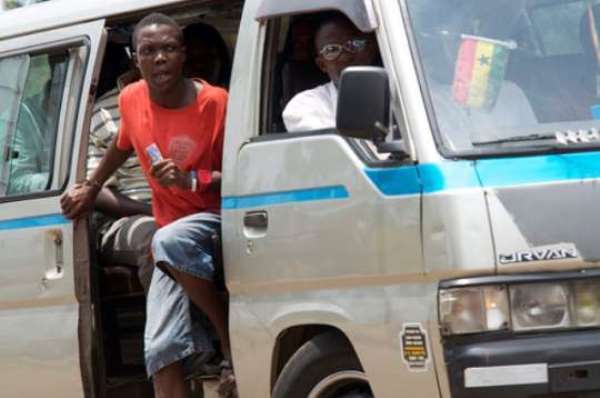 The 10% increase in Transport fares as announced by Road Transport Operators in Ghana which was to cover intra-city transportation and inter-city or long-distance travels, took effect on Monday, 16th September, 2019.

As a result of this, the Obuasi office of the Information Services Department sampled the views of Stakeholders in the transport business on their reaction to the new fares.

The Welfare Chairman of GPRTU of the Obuasi Municipal branch, Nana Asante said, the increment in transport fares was very crucial to them and were even negotiating with the government for twenty percent (20%) but after several meetings 10% was agreed on.

He again attributed the reason for calling for the increment in transport fares to increase in prices of spare parts on a daily basis. " Fuel, which has been our major challenge in our line of business has also witnessed a surge in price, he added.

A Station Master known as Mr. Ghana who spoke with the Obuasi Office of the Information Services Department added that that the increment is going to help them to raise enough revenue and for the drivers to be able to buy spare parts and also service their vehicles.

Speaking with Kofi Marfo a taxi driver who plies between Central market and Bediem, he said, the previous fare was GH₵1.50 pesewas but now it is GH₵1.70 pesewas which is not up to GH₵2.00. He admitted that the new transportation prices will cushion them a bit but said sometimes passengers prefer to pay GH₵1.00 instead of the GH₵1.50 pesewas claiming they do not have money. In such instances, he said, they are left with no choice but to accept it.

One Mr. Akwasi Appiah a taxi driver said, the increment is a very good thing and applauded their leaders for taking their plights into consideration. He added that the introduction of tri-cycle popularly known as 'Pragya' or 'Keke' has really affected their business. As a result of that, the increment in transport fares is not going to be effective as they wish since the 'Pragya' operators still charge far lower than them.

Maame Abena Kesewaa a trader said the 10% increment in transportation fares was duly communicated to them and so they are aware of it and are waiting for the new prices.

Mr. Acquah dealer in electrical appliances in the Central market bemoaned the rate of increase in prices of transport fares in recent times. "it is because of this everyday increment of transportation fares that made them prefer tri-cycle (Okada) than the taxi, because it is cheaper than the taxi", he added.