Nigeria: Lift the siege to offices of Sahara Reporters and CDHR---SERAP 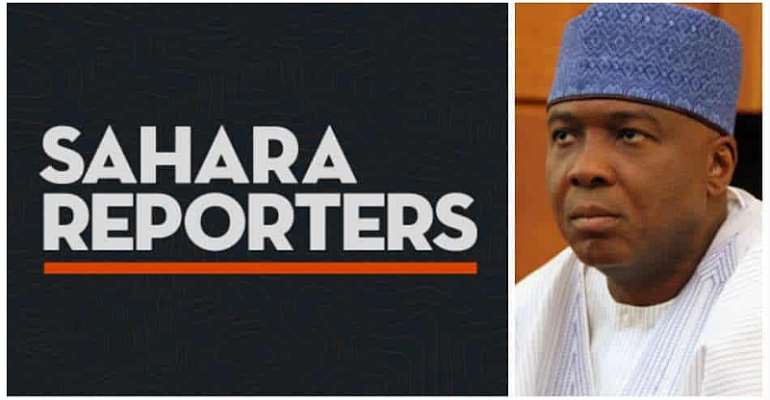 Socio-Economic Rights and Accountability Project (SERAP) has urged “Nigeria’s authorities to immediately lift the siege to the offices of Sahara Reporters and Committee for the Defence of Human Rights (CDHR), end the illegality and allow journalists, activists and civil society to operate freely.”

In a statement today by SERAP deputy director Kolawole Oluwadare, the organization said: “Nigeria’s security agents and state governors should also immediately stop the nationwide campaign of arbitrary arrests against journalists, activists and protesters. The attack on Sahara Reporters and CDHR is coming on the heels of staggering crackdown on critics, journalists and activists by many state governors.”

The statement read in part: “The federal authorities and many state governors are targeting journalists, critics and activists, in clear violation of Nigeria’s constitution of 1999 (as amended), and international obligations, as a party to the International Covenant on Civil and Political Rights to requiring the authorities to respect fundamental rights and the rules of law.”

“These attacks are clearly aimed at silencing the kind of journalism and investigative reporting that makes federal and state governments uncomfortable. President Muhammadu Buhari now needs to make clear that he doesn’t want any part of this kind of behaviour and that unacceptable and dangerous threats and attacks against journalists, protesters and activists will be fully investigated.”

“The international community including the African Union, the UN human rights special mechanisms and Treaties Bodies, the African Commission on Human and Peoples’ Rights as well as Nigeria’s international partners can and should push for an end to the escalating crackdown on journalists, bloggers and activists, and for investigations and prosecutions of those responsible for the intimidation, harassment and attacks.”

“Otherwise, when state security forces arbitrarily arrest and detain brave journalists and protesters like Agba Jalingo, Omoyele Sowore, and Mary Ekere and continue to get away with it, they benefit from a climate of impunity.”

“These journalists are prisoners of conscience who must be released immediately and unconditionally.”

“We strongly condemn the arrest of Mary Ekere of The Post, for taking photos of task force officials who raided a city spot, and Agba Jalingo, Editor-in-Chief and Publisher of CrossRiverWatch, following his publication of an article asking Governor Ben Ayade of Cross River to come clean on the whereabouts of the N500 million that was released for the State’s Microfinance bank.”