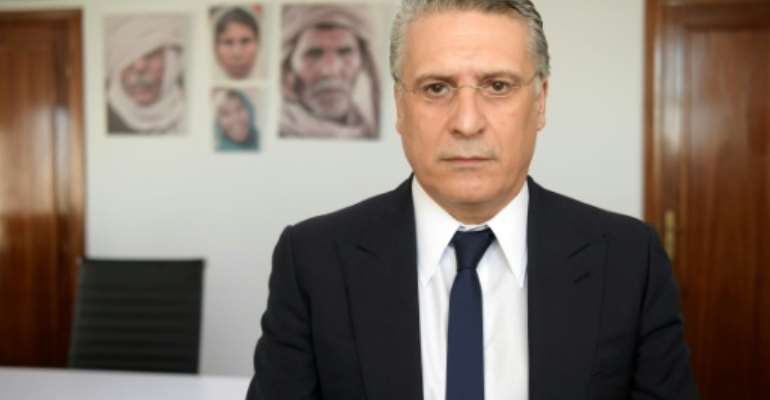 A fresh appeal for the release of jailed media mogul Nabil Karoui who has a reached a runoff in Tunisia's presidential polls was turned down on Wednesday, his lawyers said.

"The judge has refused to give a ruling, saying it was not in his jurisdiction," lawyer Kamel Ben Messoud said, after requesting his release the previous day.

"We will appeal," he told AFP.

The court did not immediately respond to a request for confirmation.

Karoui, a 56-year-old media magnate, is under investigation for alleged money laundering and has been in pretrial detention since August 23.

Lawyer Nazih Souii said it was the third time a judge had said the matter was beyond his jurisdiction.

Tunisia's electoral commission, ISIE, has confirmed Karoui made it to the presidential runoff along with law professor Kais Saied following Sunday's first round vote.

He campaigned through the Nessma television channel he founded. ISIE has said it is investigating alleged electoral violations, including by Nessma TV.

Depending on potential appeals, the second round could be staged on October 6, the same day as legislative elections, or on October 13, ISIE said.