Miscarriage feared as migrants off Malta plead for help 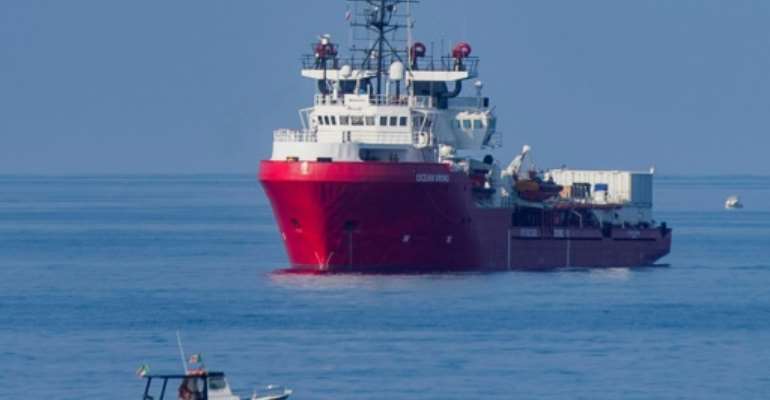 Stricken migrants attempting the perilous Mediterranean crossing pleaded for help Wednesday, according to a rescue hotline that said one women on board might be having a miscarriage.

The 45 migrants sent an SOS signal to Alarm Phone, a volunteer-run Mediterranean rescue hotline, saying the wooden boat they were in had run into difficulty after two days at sea.

"One pregnant woman is bleeding and maybe lost her child," the hotline said on Twitter, adding that those on board, including children, had run out of water.

It said Malta knew about the boat and had carried out surveillance with a helicopter but had yet to intervene to help them.

"We urge Armed Forces of Malta to send a rescue boat before the situation further deteriorates and lives are lost," said Sea Watch International, a rescue charity that sent its Moonbird reconnaissance aircraft to verify the boat's location.

"We're monitoring the situation," a spokesman for the Malta armed forces, which includes the coastguard, told AFP.

Alarm Phone also reported what it said was the second shipwreck off the coast of Tunisia in two days.

Charity rescue vessel Ocean Viking, which is run by SOS Mediterranee and Doctors Without Borders (MSF), is seeking a safe port for some 109 men, women and children rescued on Tuesday.

MSF said Libyan maritime authorities had told it to land them in Khoms near Tripoli, but the charity pointed out that the crisis-hit country is not considered a place of safety by the UN's human rights arm.

Sea Watch said the Moonbird reconnaissance aircraft had seen a second boat, but that those migrants had been picked up by the Libyan coast guard.

The UN and aid groups have warned that those returned face rampant human rights abuses in both official and illegal centres.

Italy and Malta frequently complain of having to take responsibility for migrants journeying from North Africa as they are the first countries they will likely reach.