Only Akufo-Addo Can Sack Me – Napo 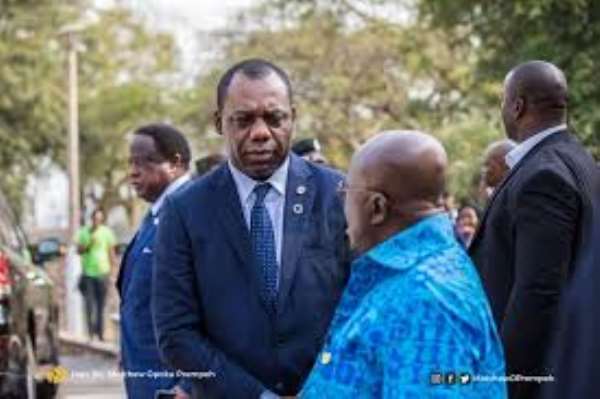 "I won't resign," the Education Minister has fired back at his critics following the many challenges which have embroiled 2019 Senior High School (SHS) placements.

Speaking on Asempa FM’s Ekosii Sen programme Tuesday, Dr. Matthew Opoku Prempeh said, that is a call only the President can make.

“I know some people want me to resign because of the confusion that has hit the placement system. But I won’t pay attention to them. If the person who gave me the job, tells me today that I should resign, I will gladly do it,” he told the host, Osei Bonsu (O.B).

Thousands of distraught parents and their wards have since Friday besieged the Black Star Square to have issues with their placements resolved, as some have complained of being placed in schools they did not choose.

But, Dr. Opoku-Prempeh, reacting to the confusion, accused the opposition National Democratic Congress of choreographing the mess at the Square.