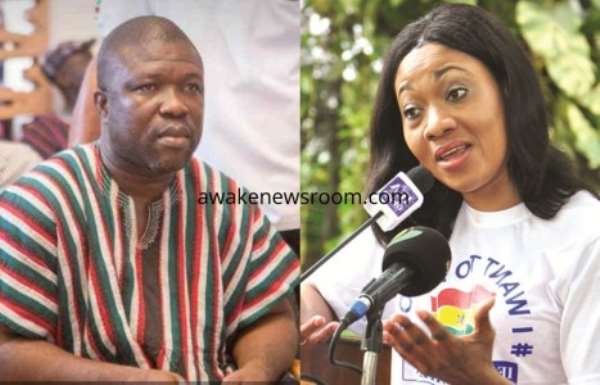 The Volta regional secretary of the opposition National Democratic Congress Mr. James Gunu says the Chairperson of the Electoral Commission, Madam Jean Mensah for turning the commission into a political party.

Mr. Gunu's comments follow some seemingly irregularities that have characterised the ongoing voter register exhibition exercise which started a week ago.

He says the irregularities are a deliberate ploy by the EC boss to rig the 2020 elections.

Among his claims are the changing of polling station codes, leading to the displacement of voters in some districts in the Volta region, making it difficult for persons on the register to verify their names at their original polling stations.

"As a result of the creation of the Anloga District, all the polling station codes have changed. Keta and Anlo used to be one district with D01 as their codes. Now Keta maintained it's code and Anloga has now been assigned D02, a code that was originally for Ketu South. Now Ketu South is D03, the effect is that, people who transferred their votes this year have mistakenly being placed in different districts other than their original districts; for instance, someone in Ketu South has now been placed in Atokor, a town in Anloga district, a similar example was observed in South Dayi too which cuts across all the constituencies in the region," he emphasised.

According to James Gunu, several registered voters along the border towns are placed on the exception list, a situation he described as bizarre.

"Along the border frontiers, most of the people have been placed on the exception list for not being citizens or not ordinarily residents. Majority of them were also said to have registered with NHIS cards in the past. They would need to be re-registered in the 2020 limited registration exercise, a situation I find very bizarre and frustrating.

He therefore called on the Electoral Commission to sit up and stop the apparent move to rig the 2020 general elections.