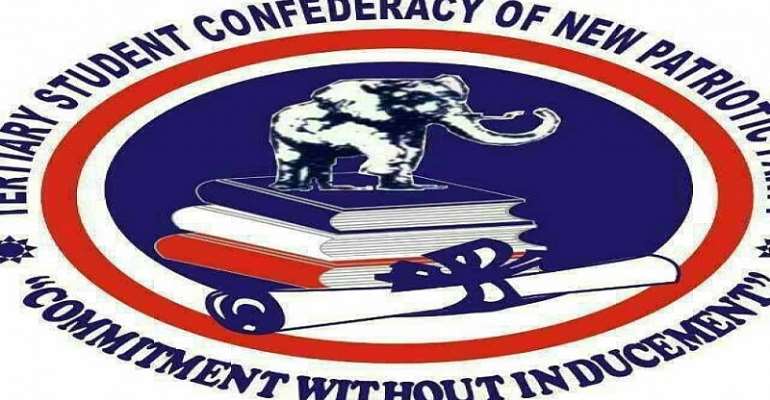 On the 14th of September,2019, a fake news item was being circulated by UCC TESCON president on facebook and other social media platforms with the headline "TEIN UCC abandons John Mahama's 2020 comeback". The said fake news was allegedly cooked by TESCON UCC and disguised in a nonexistent "casford morning news" and published by " ghanawebbnews.com ".

The publication sort to spin the narrative that TEIN UCC had supposedly ‘abandoned’ former President, His Excellency John Dramani Mahama who doubles as the flag bearer of the National Democratic Congress in the upcoming 2020 general elections.

The TEIN-UCC President, Mr. Crispin Wienaa, who got abhorred with the false news, immediately contacted the Casely Hayford Hall President, Mr. Frank Boakye Yiadom and it was confirmed that nothing like "Casford morning news" existed in the great Casely Hayford hall of residence.The hall president vigorously denied knowledge of any such publication and connection to the news publication and alluded to the fact that the said publication was mischievously cooked up by some unscrupulous people. The hall president further reiterated that, there is nothing like "Casford Morning News" and that the Hall of residence has no association with such news.

Due to the seriousness TEIN UCC attached to the issue, the unscrupulous people behind the false story, upon sensing danger, immediately pulled down the news item and the entire blog " ghanawebbnews.com ".

The President, Mr Crispin Wienaa, in a phone call admitted TEIN UCC is still committed in fighting to deliver victory to his H. E. John Dramani Mahama in the 2020 general election. He further said "You know, the current UCC TEIN leadership is making TESCON and the Cape Coast North MP, Hon. Barbara Ayisi unpopular on campus. It should not surprise you they are putting up such fake news. They are simply on their last breath"

The screenshot images show the purported fake story. The UCC TESCON president with the facebook name TOOSWEET THEODORE LAMAR in the screenshot below was seen circulating the false story on facebook.