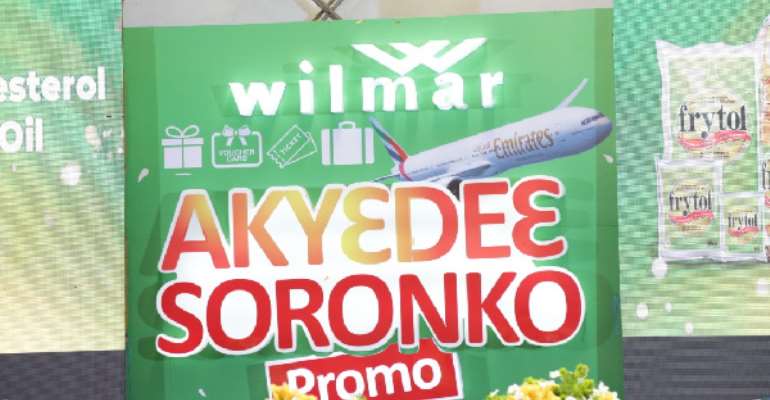 The promo dubbed ‘Akyedie Soronko, the promo would run for six months to offer hundreds of wholesalers an all-expense paid trip to Malaysia.

There will also be cash prizes, tricycles and shopping vouchers of up to GH¢15,000.00.

Speaking at the launch, General Manager of Wilmar Africa Limited, Kwame Wiafe said the promo was necessary to show gratitude to wholesalers because without them, their products would have been stuck in their warehouses.

“Our wholesalers are hardworking people who don’t find time to go on quality vacations. So it’s a reward scheme to give them quality time off their busy schedules,” he said.

He added the launch of the promo would also enable the company to invite customers from across the country to tour the company’s facilities and its operations.

Mr Wiafe said Wilmar believed businesses that are sustained were the ones that drive a win-win partnership for all its stakeholders including wholesalers, retailers and consumers.

Stakeholders, he explained, ought to purchase products of the company because they were made in Ghana and created 3,000 direct and 10,000 indirect jobs for the citizenry.

Another reason for support from stakeholders, he said was because the Company paid over GH¢ 250 million tax to the Ghana Revenue Authority every year, thereby, contributing to the social-economic development.

The General Manager said a wholesaler qualified to win in the promo if he or she consistently bought the company’s products within the promo period.

On the part of consumers, he disclosed that, the company had put measures in place to offer them the most competitive and low pricing.

He appealed to government to create a friendly environment for businesses and investors like Wilmar to contribute comprehensively towards socio-economic development.