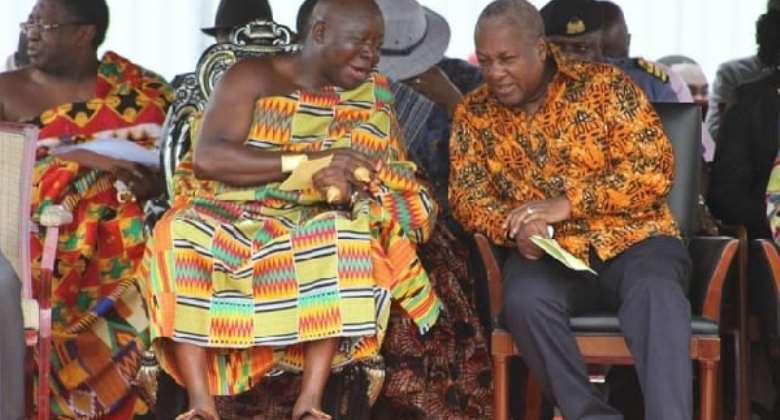 The Information Minister, Kojo Oppong Nkrumah says government does not expect individuals and politicians to run down the chieftaincy institution because of the role they play in national development.

“Traditional authorities in Ghana has been very helpful in helping to support the cohesion of our Ghanaians society, so even if the truths they speak are unpalatable to you, we should not be attacking and be running them down,” he said.

Speaking at a press briefing Wednesday, he said government considers the invitation of Ashanti overlord to the UN to speak as a mark of high respect for the Otumfuo himself and the traditional authority in the country in general.

'Captain Smart arrest is intolerance, he did no wrong' – Med...
40 minutes ago