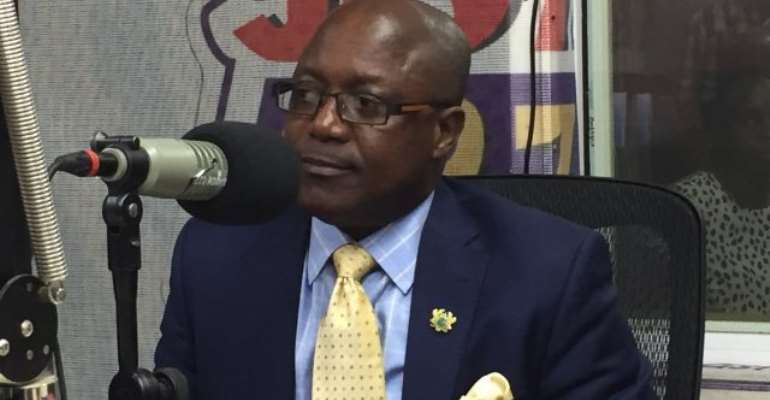 Prof Kenneth Agyemang Attafuah, a criminologist, has joined calls for the resignation of the Director-General of the Criminal Investigation Department (CID).

The Executive Secretary of the National Identification Authority (NIA) said, Maame Tiwaa Addo-Danquah would have saved her integrity by not waiting to be removed following the preponderance of calls asking her to step down.

Prof. Ken Attafuah
Calls for Mrs Addo-Danquah to step down follow news on Monday that the four missing Takoradi girls were dead, following results of a DNA test.

Before the shocking news, the CID Director-General had said that the girls – Priscilla Blessing Bentum, 21, Priscilla Mantebea Koranchie, 18; Ruth Love Quayson 18, and Ruth Abeka – were alive and their whereabouts were known.

However, after the sad news by acting Inspector-General of Police (IGP), James Oppong-Boanuh, Ghanaians want the police service to be held responsible for the death of the four girls – singling out the CID boss.

Many people on Twitter have been calling for the resignation of the CID boss, because, according to some, she handled the case unprofessionally and with utmost incompetence.

The preponderance of this view on Twitter on Monday shot #TiwaaMustGo to the number one spot on the social media site.

Asked on Wednesday on Joy FM’s Super Morning Show whether these calls for Mrs Addo-Danquah to resigned are justified, Prof Attafuah gave the following response:

“In this country, we are slow to do the needful by ourselves, although I know sometimes the clamour [for a public officer to resign] happens where there is no sound evidential basis for it...but where individuals themselves know that they have goofed, that they have – by their acts of omission or commission – generated a situation that is untenable; that undermines public confidence in the institution that they lead and that also have the potential to affect the future dynamics and effectiveness of the institution, they [must] do the honourable thing of not waiting to be fired but to tender their resignation and to apologise in grace and exit the scene so that pain is assuaged, confidence is assured and innovation is triggered.”

He added: “This is one of those moments that people have to swallow their pride where, as much as they might think they have been misunderstood or that the circumstances have not worked to your favour or have worked against you, that you do the honourable thing; you do the noble thing of saluting the state and taking a bow and a good exit.”

‘We know where the girls are’
Maame Tiwaa Addo-Danquah said at a press conference i n April this year that police have discovered the whereabouts of the girls kidnapped last year at Takoradi and are closer to bringing them home.

“We know where the girls are,” she said at the time.

She then appealed to families of the victims to “keep on keeping on.”

The families have been desperate for news of their daughters and their whereabouts.

Misconstrued?
However, following public pressure in May to produce the girls, the CID boss sought to suggest that she was misunderstood when she announced the girls have been located.

Maame Tiwaa Addo-Danquah told Accra-based Atinka TV, she “wanted to give the families hope” by that announcement, conceding the location of the girls remains unknown.

That “we know where the girls are” and “they are safe...very soon they will be brought back home” comment on April 4, sparked fresh pressure on the criminal investigations body to produce the three girls from Takoradi in the Western region kidnapped at different times since August 2018.

Three lived at Diabene and one at West Fijai, both suburbs of Sekondi -Takoradi.

Demonstration
On January 4, 2019, relatives and friends of the kidnapped girls as well as Takoradi residents, demanded investigation and prosecution of officers on duty.

The families of the kidnapped Takoradi girls later gave the police one-week to find girls or face further demonstrations.

PRO of the Western Region Command, ASP Olivia Adiku, in an interview with JoyNews on January 22, assured the kidnapped girls’ family of continuous investigation and hinted of new leads.

He also said they are following up on certain leads. Alleged messages from suspect Sam Wills’ phone revealed he had an ongoing relationship with the kidnapped girls, taken some ransom, promised some phones and others.

Residents of Takoradi on January 25, began a street awareness campaign to draw more attention to the saga and also put pressure on the police.

Example of such was seen on January 28, at Ketan Junction/Ahenkofi, where residents besieged uncompleted hotel demanding the release of a suspected kidnapper.

The Police PRO on January 28, warned speculative kidnap cases could lead to lynching of innocent persons.