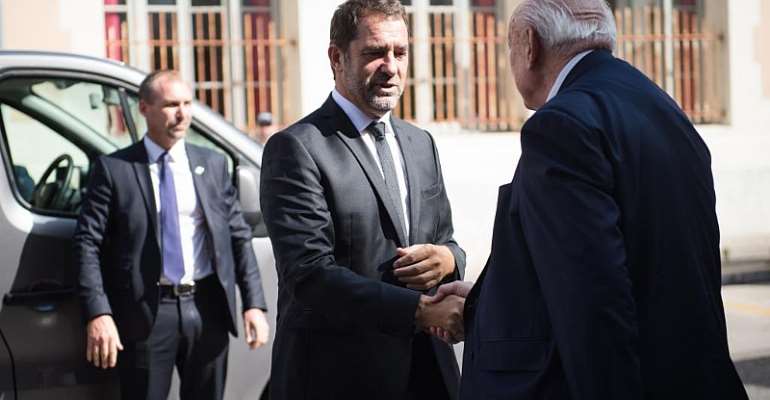 The Macron government has unveiled a new 55 point strategy aimed at tackling drug trafficking, after a gun battle in the southern port city of Marseille left dozens injured at the weekend.

"Our message to drug dealers is clear: France will no longer be their playground."

Flanked by his state secretary and ministers from the justice and treasury department, Castaner presented a new national plan to fight drug trafficking in the port city of Marseille, which was still reeling from its latest episode of drug-related violence.

A gun battle at the weekend saw dozens injured by bullets in two of the deprived,crime-ridden northern districts that have given Marseille its reputation as France's outsider city.

"We want to coordinate our efforts and work together," insisted Castaner, touting the creation of a new national anti-drugs agency office called 'Ofast'.

Drug dealers have changed, we haven't
As part of the anti-drug strategy, Ofast now replaces the central office for the fight against drug trafficking, known as Ocrtis, whose reputation has been in a downward spiral in recent years.

It is "imperative" we reform our anti-drug strategy, asserted Castaner, because of the "increasingly violent and undetectable nature of traffickers."

Around 200,000 people are reprimanded every year in France over drugs, and the market has more than 20,000 people.

"In 66 years, a lot has changed, except us. Drug dealers have developed their networks at a global scale," said the interior minister.

According to French authorities, the turnover from drug trafficking is estimated to be 3.5 billion euros.

Yet, out of the 500 million euros confiscated by police last year, only ten percent of it came from drugs, regretted Castaner.

Rid stairwells of drugs
Drug trafficking is the largest criminal market in France, fueled mainly by cannabis from Morocco.

Castaner has promised to equip the new anti-drugs office with 150 special investigators and gendarmes, who will be responsible for overseeing the drug war in 16 regions in France and its overseas territories. The office will be up and running next January.

The new national plan will make it easier for police to confiscate drugs and anyone found in possession of narcotics will be fined 200 euros, as part of a recent reform of the justice system that was voted back in March.

Among other measures included in the government's 55 point strategy, are plans to set up a call centre to allow members of the public to report to the police the "selling points" of suspected drug dealers.

"The fight will be long, complex and dangerous," admitted Castaner, all the while vowing a "relentless" campaign to rid people of drugs "abroad and in their building doorways and stairwells."