The Scramble For Free SHS In Ghana. Applying “Malthusian Theory” Can Help As A Long-Term Solution 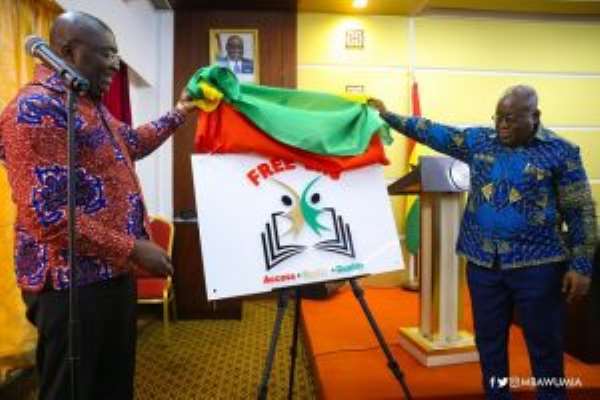 I have been following happenings in my beloved country Ghana on the scramble for senior high schools since the introduction of NPPs flagship “free education” program, and wish to contribute to the discussion.

Certainly, the scenes at the Independence square are disturbing even though listening to the firm stipulations and authoritative pronouncements from the CEO of the Ghana Education Service is quite comforting. The News file edition of 9/14/2019 brought to the fore a sound intelligent discussion of some of the best and brightest minds in the country on the subject and that was also comforting.

Nevertheless, I worry because I just look at the sheer numbers and feel that at some point the system will be overwhelmed.

Yes, the Double Track system has brought some respite to a problem that was certainly on the verge of collapsing all the good efforts of the laudable “free education” program. But you and I both know this solution is only a temporary fix. And although building of increasing numbers of new facilities is being touted as the ultimate solution to the problem, I wish to humbly submit that; sadly, that will also face its own limitations.

With this background, I wish to proffer a solution which should and must be part of a holistic approach to dealing with the problem of sharing the Education public good amongst an ever-increasing population.

I believe firmly that policy makers should find a way to apply principles from the Malthusian Theory of Population to Education. Thomas Robert Malthus was an English cleric and scholar, influential in the fields of political economy and demography . In 1798 Malthus wrote a book An Essay on the Principle of Population (1st Edition), and revised it in 1803(2nd edition).

Basically, he argued that the power of population is greater than the power of the earth to produce subsistence for man. Therefore, that would eventually lead to lack, misery and famine. That because of the natural human urge to reproduce, human population increases geometrically (1, 2, 4, 16, 32, 64, 128, 256, etc.). However, food supply, at most, can only increase arithmetically (1, 2, 3, 4, 5, 6, 7, 8, etc.). Therefore, since food is an essential component to human life, population growth in any area or on the planet, if unchecked, would lead to starvation and disease especially among the lower classes.

Malthus gave preventive and positive checks as solutions to the Malthusian curse. Preventative checks are those that affect the birth rate and include marrying at a later age (moral restraint), abstaining from procreation, birth control, and homosexuality.

Positive checks are those that increase the death rate. These include disease, war, disaster, and finally when other checks don't reduce the population, famine. Malthus felt that the fear of famine or the development of famine was also a major impetus to reduce the birth rate. He indicates that potential parents are less likely to have children when they know that their children are likely to starve.

In conclusion it is time Ghanaian policy makers examine the provision of Education as a public good through the lenses of the Malthusian theory of Population and utilize a dynamic and deliberate policy of population control as a definite part of the enduring and sustainable solutions being sought for the problem of scarce resources to meet the growing demand of education from a growing population.

Luckily the basic structures for this solution exist through the Planned Parenthood Association of Ghana.