10 Gifts From Africa That Changed The World But Remained Unpopular 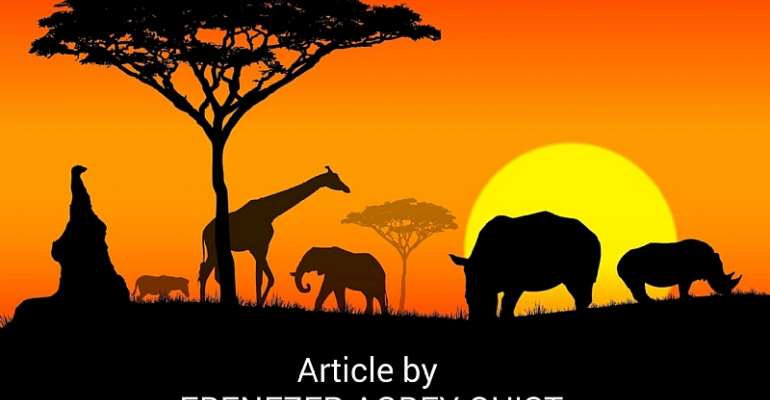 From individual achievements that have shaken major world pillars to feats attained by the synergy of forces, Africa and her inhabitants have shifted world paradigms many times.

Some of these achievements were chalked in times long past, and others more recently but their ripple effects as it appears, would surpass even our generation, to influence posterity.

Highlighted here are 10 of such compelling stories that, to various extents, got swept under the carpet.

As this lit list lists them, listen well, lest you let you miss any!

Uganda, Tanzania and the Democratic Republic of Congo (all of whom are African countries) were the originators of modern methods of C-sections (Caesarean Sections) before it was spread across the rest of the world. Not many people may know but it was not until 1878, that a Scottish medical anthropologist named Robert William Felkin discovered the procedure. He had been sent to Uganda by the Church Missionary. At the time, nearly half of US and European women died in childbirth and nearly 100% of European women died if a C-section was performed.

The gentleman was therefore impressed when he noticed the breathtaking C-Section procedure in 1879 and decided that this marvel must be replicated in the rest of the world. That happened after he explained in details how the method was successfully carried out in his book, The Development of Scientific Medicine in the African Kingdom of Bunyoro Kitara.

The University of Al-Karaouine, located in Fez inside Morocco was established as far back as 859 AD. That is not all. In 970, Egypt's oldest university by name Al-Azhar University was founded. Though the latter had to undergo some reforms later, it goes without saying that it was in the footsteps of these African institutions that other countries followed until we now have over 1000 universities in the world. These universities, however, still remain relatively unknown despite their immense strides.

Every year, heart transplants are performed on 2000 people in America alone. Who would have thought that just a few decades ago, even one heart surgery was impossible? It was not until the 1940's that this procedure was developed chiefly by a man who did not even have a college degree. His name was Vivien Thomas (1910 to 1985), a grandson of a slave who originated from Africa.

Thomas was a laboratory assistant to one Dr Alfred Blalock. He learned quickly, turned many of his boss' ideas into reality, and performed many experiments with Blalock and other times, by himself in the laboratory. In one experiment, he successfully performed a surgical operation on the heart of an animal, which was the first of its kind. He explained the procedure to the surgeon (Dr Blalock) and sought external assistance to develop a device that would help perform it.

Since Thomas had no degree, only the surgeon had the chance to "showcase" the procedure in public on a baby suffering from a Blue Baby Syndrome. However, Thomas was right behind him to talk him through. The event was a successful and historic one that opened the door to heart surgeries. Thomas, the magic-maker remained uncelebrated. It was against all odds that he got subsequently appointed instructor in surgery in 1976 and retired in 1979 as an instructor emeritus of surgery. Thankfully, that same year, he was also awarded an honorary Doctorate degree by the Johns Hopkins University.

Fibre optics is a very useful tool in today's world. Its cables are employed to transmit voice, images, and other data close to the speed of light. It works by containing the transmission of light through long fiber rods made of glass or plastic.

The full-mast of fibre optics was undermined until one inventor named Dr Thomas Mensah (an African who hails from Ghana) came on the scene. His invention improved, in one scenario, the speed and efficiency with which waves are able to move through the optical fibre. With that, in the military, missiles got the capacity to have a guidance system that allows a small camera to be installed within the missile's nose.

The camera captures the image, delivers it to the pilot, who then locks onto targets with unbelievable accuracy. You can imagine the revolutionary effect on all military operations worldwide. Meanwhile, that is only one application of the improved fibre optics. The revolutionary inventor, Dr Mensah's name remains under the sheets even though his invention keeps gaining useful applications worldwide.

On the 24th of November, 2015, President Barack Obama revealed one Katherine Johnson by awarding her the highest civilian award called the Presidential Medal of Freedom. She was a woman of African descent whose work at NASA has left an indelible imprint on our world, but was not known to many. In the days when there were no computers, she was one. She singlehandedly determined the trajectory for the first American in space, Alan Shepard. Her deductions were crucial to getting Apollo on the moon and back, as well as the initiation of the Space Shuttle program.

Even after NASA started using electronic computers, she was required to personally recheck the numbers before they were used. Though she was a woman of color, who was constantly pushed to the back burner so she might not gain recognition, she fought all the racial attacks, and succeeded in achieving feats that now leave us eternally grateful.

Printing has been a very important invention in human existence. It came to make everyday life much easier than it was. One of the greatest revolutions that occurred in the advancement of the printer was masterminded by Professor Dotsevi Sogah who was born and bred in Ghana. The invention impacted almost every life but the inventor remains in the shadows.

Professor Sogah made a significant discovery of the Group Transfer Polymerization (GTP) method which became a milestone the printer crossed to advance. Due to the prominence of this work, DuPont, a renowned company adopted it on a commercial scale to synthesize acrylic block polymers.

Aside that, it had crucial applications in the automotive and electronics industries. Thankfully, the discovery was finally listed in the United States as one of the inventions of the millennium.

7 The face behind the memorable number 42

Each year, baseball players wear the number 42 on every 15th day of April. What is the story behind this mark? And who left that indelible stain? It turns out, the same man appeared on a U.S postage stamp in 1982. He was awarded the Congressional Gold Medal in 2005, and featured on both a gold and silver coin made by the U.S. Mint in 1997.

Who is that? A man of color. A major player in the Civil Rights Movement. He was the man who broke the color barrier on Baseball's Major Leagues. He was the same man who broke several records, won the Rookie of the Year Award in 1947 and helped his teams attain magnificent feats. What a man? What a mark he made? What an impact the world would forever remember?

After several great attempts, Jackie Robinson struggled before gaining recognition mainly due to his race. Granted, with all his achievements, Jackie became quite popular but his name is still not a phrase that readily frames a picture on the mind today.

Imagine a world in which crucial pills needed to cure troubling diseases were either unknown or never readily available, let alone affordable. In some ways, our world was once like that until Africa brought forth a gift who freed us from that menace. He was the grandson of slaves, right in America, who squeezed himself narrowly through the barriers of racism to change the world.

Percy Lavon Julian may still be largely unpopular but his impact is undeniable. With the collaboration of his colleague Josef Pikl, he was able to achieve the first ever total synthesis of physostigmine a chemical which gained world recognition for treating glaucoma.

He took the forefront as the director of research to synthesize hormones like progesterone-a vital hormone that helps pregnant women avoid miscarriages. And he would later find a means to produce it on a large scale from soybeans, thereby making it highly affordable. Percy did not only live a mark. The mark was remarkable!

9 A revolutionary invention in the beauty industry

How would you feel if you invented a product that improved the lives of many people across the globe and gained nothing in return for it? This is the story of Marjorie Joyner. She made no income out of her groundbreaking invention. As though that was not enough, in 1929, the rights of the "Permanent Wave Machine" as well as the "Scalp Protector" she patented were both assigned to the woman she worked for, Madam C.J. Walker.

She birthed the inventions to solve very troubling challenges in the beauty industry. At the time, it was awfully time-consuming to straighten one's hair with hot curling irons. The invention got adopted in saloons all over the place as it found more use than she even intended. It softened kinks for blacks, created all kinds of curls for whites, straightened curly hair, and added curl to straight hair.

She became supervisor for more than 200 beauty colleges, and co-founded the United Beauty School Owners and Teachers Association in 1945. Also remarkably, she went to college later in life and got her degree when she was 77. What a wonderful woman we have hardly heard of!

10 Origination of the computed axial tomography

Computerized Axial Tomography (CAT) is a technique that uses fairly the same amount of radiation as the traditional x-ray to give extensive details (100 times more clarity) of internal organs in the body. They are safe and effective. In the United States alone, 80 million of CAT scans are now performed every year. What a radical invention! You would not guess who was behind it. Yes, a man of African roots but that is not what makes this story amazing.

Allan MacLeod Cormack who laid the foundation for this wonder never even had a doctorate degree in Medicine. But for winning a popular award, Allan would have completely been behind the scenes. Together with Godfrey N. Hounsfield, an engineer from Britain, who later improved his work to make the CAT functional, Cormack won the Nobel Prize for Physiology or Medicine. Later, he became a member of the American Academy of Arts and Sciences in 1980.