Edward Snowden on life in the shadow of Big Brother 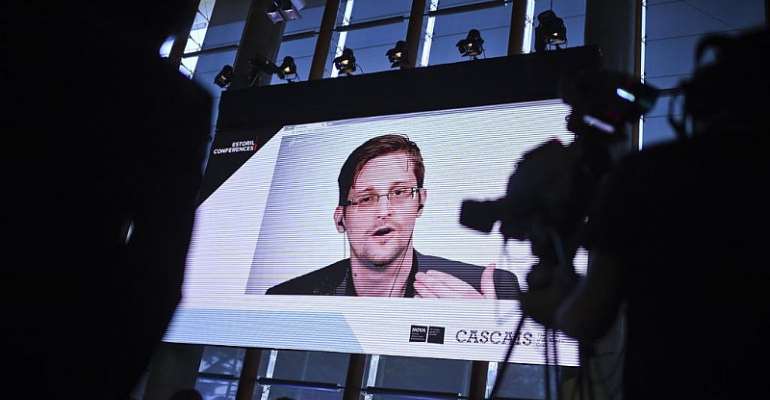 On 17 September, whistle-blower and former National Security Agency employee Edward Snowden published his autobiography Permanent Record, explaining why he decided to give up a relatively safe life and challenging job to become the world's most-wanted fugitive.

“Now everybody in the world understands generally what's going on,” says Snowden in an interview with France24. This followed his revelations, in 2013, that US, British, and other security agencies have programs of mass surveillance, and work in concert with information technology companies to spy on the public.

“The problem is taht a general understanding about something that is so technical and complex, is not enough to protect yourself."

Speaking a week before the publication of Permanent Record, Snowden says that “what's really changed most dramatically from the world in 2013 to the world of today is everybody is aware that Facebook is up to no good, Google is up to no good. All of these companies are merely trying to shape and influence not just our society, but our lives, our habits, every kind of general behavior we have, in a deeply targeted and personal way.

“And it is technology that is enabling this, making it all possible for the very first time."

Commodore 64
In Permanent Record, Snowden describes how he got involved with technology at a young age, when his father, an engineer with the US Coast Guard, brought home the first ever computer for pubic use, the Commodore 64.

He describes his youth in North Carolina and how he got hooked to computer games such as Arkanoid, Tetris, Choplifter! and Super Mario and how his father helped him repairing a Nintendo console – which put him on the path of understanding computer electronics.

The family moved to Fort Meade, in Maryland, home of the National Security Agency (NSA) His mother worked at the NSA and both parents had top secret clearances. It was only logical that young Snowden would join the community as well.

In his book, Snowden describes how the internet changed from “a friend and a parent” where “different tribes live amicably side by side” in a culture of anonymity to a digital marketplace where the products are the internet users, whose identities are scooped up by large corporations for commercial gain – encouraged, even funded, by government agencies that see an unlimited throve of personal data falling into their lap.

Poisenous tree
And how, more and more, he grows worried about the US government's plucking of this “poisonous tree” that would lead to the near-universal surveillance society as we know it today.

When he realised the scope of the government's surveillance he knew that revealing it could lead to “a lifetime sentence in a federal cell”.

But eventually he decides that he “used to work for the government, but now I work for the public. It took me nearly three decades to recognise that there was a distinction,” and remarks dryly that when he did, “it got me into a bit of trouble at the office.”

American Black Chamber
Snowden is not the first US whistle-blower who revealed Washington's darkest secrets.

In 1931, former intelligence officer Herbert Yardley wrote American Black Chamber, where he reveals the predecessor of the NSA, an office of code breakers that successfully deciphered German, and later Japanese codes.

In 1971, former Rand cooperation analyst Daniel Ellsberg published the secret Report of the Office of the Secretary of Defense Vietnam Task Force, later known as the “Pentagon Papers” that revealed how the US had secretly enlarged the scope of its actions in the Vietnam War with the bombings of nearby Cambodia and Laos, coastal raids on North Vietnam, and Marine Corps attacks, none of which were reported in the mainstream media

Espionage act
Both men faced the anger of the US government. But Yardley was eventually incorporated on the NSA's “hall of fame,” and charges against Daniel Ellsberg were eventually dropped.

It remains to be seen if Washington will be as lenient when it comes to Snowden.

The United States accuses Snowden of endangering national security and has filed charges against him under the Espionage Act.

Speaking with US television station CBS, Snowden, who lives in Russia since 2013, said that he would opt for asylum in France or "would like to return to the United States," adding that “if I'm gonna spend the rest of my life in prison, the one bottom line demand that we have to agree to is that at least I get a fair trial.

"And that is the one thing the government has refused to guarantee because they won't provide access to what's called a public interest defense," he says.