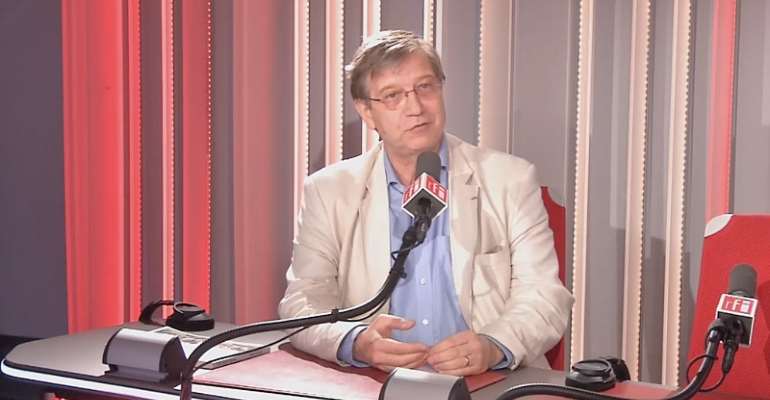 A new novel, Mr Singh's Rickshaw, by journalist Olivier Da Lage, calls into question the very foundations of Hindu society. The fictional work, based on studies of a recently discovery ancient skeleton, criss-crosses the city of Mumbai on a quest to discover who murdered a local archaeology professor – and why.

Mr Singh's Rickshaw follows police inspector Sunil Anand and young journalist Sangita Sharma as they look into the murder of the head of the archaeology department at St Xavier's College.

This is no straightforward killing, the pair discover, as the investigation sends them back and forth across India's financial capital and deeper into a world where political and religious pressures creep into day-to-day lives, ultimately causing things to spin out of control.

The novel is based on DNA findings from an ancient skeleton found in Rakhigarhi, in the northern Haryana state, considered to be the birthplace of Hinduism.

The research throws into question the origins of Hindu society, a sensitive subject in today's India, under Prime Minister Narendra Modi and his ruling Hindu-nationalist Bharatiya Janata Party.

Fiction is sometimes the best way to discuss a politically sensitive topic, says Da Lage: “A novel can be a way to tell the truth – which is a bit complicated to tell in simple terms when you write essays.”

Author of a dozen fiction and non-fiction books, this is Da Lage's first venture in English. A new challenge, he admits, and likely to be repeated in the future, especially to discuss subjects on India.

Da Lage's main focus as co-editor-in-chief of RFI's French service is Middle Eastern affairs, but he has written a number of books on India and visits every year.

Living in working in Bahrain in the 1980s at the beginning of his career gave him an understanding of the fundamentals of regional politics, he says.

Many of his political thrillers, written in French, have been set in countries that continue to hit news headlines today: Yemen, Russia, the Middle East – dangerous places to be a journalist, he says, but not more so than in the past. And risk goes hand-in-hand with the profession.

He describes some of these experiences in detail on his blog.