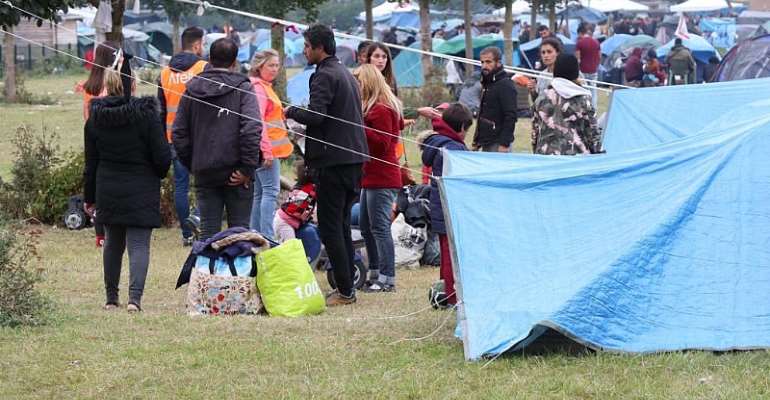 French officials are clearing around 1,000 migrants from a gymnasium near the northern port of Dunkirk, after a court ordered its closure on the grounds that it was a health and security hazard.

The move comes a day after Macron warned his LaREM party not to ignore immigration issues.

It followed complaints from local authorities and residents in the norther city about violence, rubbish and the presence of people-smugglers among the migrants.

The mayor of Grande-Synthe had opened up the sports hall to migrant families seeking shelter from the cold in December.

It grew into a makeshift camp with about 800 people sleeping in tents pitched around the crammed gymnasium where some 170 people, mostly Iraqi Kurds hoping to reach Britain, were sheltering.

Dozens of buses have since set off from the camps, transporting the migrants to shelters around the region, where they can apply for asylum. Most aboard the buses so far are young men travelling alone.

Families are to be moved later.
Magnet for migrants who dream of Britain
Northern France has long been a magnet for people seeking to smuggle themselves to Britain in the tens of thousands of trucks and cars that travel daily between the countries on ferries and trains. Some try to cross the busy channel in small boats.

French authorities have had a policy of trying to prevent migrants forming camps since 2016 when they razed a notorious illegal squat nicknamed the "Jungle" near the port of Calais which was home to 10,000 people at one point.

President Emmanuel Macron has pledged to speed up the asylum claims process for people deemed to be genuine refugees, while vowing to accelerate the deportation of illegal economic migrants.

On Monday, he told his ministers that the government needed to face up to immigration issues, warning that "by claiming to be humanist, sometimes we are too lenient".

Opposition parties slammed his remarks.
Those on the left denounced his comments as “populist”, those on the right said his words were no substitute for concrete action.