Reality Check: Fighting Against Landguards At Tsaado, Is The Police Ready? 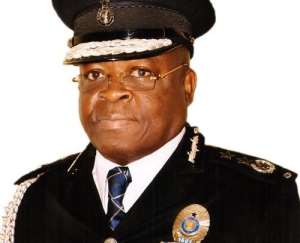 Residents and owners of properties especially land at Tsaado, a Ga community close to the Ghana International trade fair centre are gripped with fear and pain each passing day as they continue to lose their lands to land guards in the area.

Our investigations show that they do not only lose their lands but are sometimes tormented and terrorised by these land guards after legally purchasing lands with their land titles and registration worth millions of Ghana cedis. These Landguards according to information gathered have notoriously found a haven and an avenue to make millions of dollars without a drop of sweat by depriving people of their lands legally acquired from some legitimate families for business purposes, personal use among others.

One worried resident who spoke to the investigation team indeed lamented that about 2.5 acres of land purchased by a group of people are virtually been taken away from them by one of the families in connivance with Land guards.

He said ''6 of us purchased 2.5 acres of land in 2003 worth about $100.000 legally from a legitimate source and family and obtained our land title and yet some families are using Landguards to take our lands from us with brutal force.

The last time we went to court the case was adjourned to 10th October 2019 for the substantive judge to handle the matter because according to the judge it is a contempt case. Even though the judge gave clear directives, they have not adhered to the court orders and are developing the land day and night using land guards.

We have reported this case to the National security, BNI, some top officials within the Police service for them to take action on this case but all to no avail. We are in tears, we are pleading with the president, Nana Addo to help us. land guards are worrying us each day. What do you think will happen if we also decide to go there to develop what belongs to us? There is going to be a clash." He noted.

Another resident also explained the ordeal he is going through to the news team. "I bought the land for some time now, I managed to put up a building there. I have completed it and want to move my family into it, but these land guards have stopped me from putting up a gate with frivolous reasons. How do I move in there as my rent is due and I need to relocate? I am dying I am bleeding. I have reported the case to the police but they have failed to assist us.

Another victim of these 'landguardism' at Tsaado said he paid about $50.000 to these land guards to enable him to develop 6 plots of land he purchased and acquired legally and yet they are still demanding an additional 2 plots of land before he could go ahead and develop the property."the land guards are twisting our arms to take what belongs to us. We are helpless we don't know what to do, the police have done very little on this. Who will come to our rescue? He asked.

Several residents the news team spoke to gave similar accounts of some of the activities of these land guards.

Our investigations showed that is not the only thing threatening the peace at Tsaado but armed robbery cases are also rampant in the area. According to one of the residents " we do not know who is going to become the next victim of the robbery attack and thrown out of his home by these land guards.

The residents appealed to the government, especially the Ghana Police service to as a matter of urgency beef up its effort of getting rid of Landguards in the area.

When the Police CID Operations was contacted on the matter, they revealed that they have been sued for contempt to restrain them from going to the area by some parties fighting over a disputed land even though they are public officers mandated by law to protect lives and properties, so until a determination by the court they are unable to tell us when they will go to the area.

According to them, there are instances where they have to step in when there are clashes over disputed lands as their jobs as security officers demands and yet they have been restrained from going there.

He emphasised "I don't own a land there and so if I have been asked not to go there I don't have a problem but how can people acquire legitimate lands for land guards to use machetes, brute force to take it from them while we look on.

Our investigations and documents cited confirmed that indeed the Ghana Police service CID operations formerly Anti-Landguards unit have been cited for contempt and restrained from going to disputed land in the area pending a determination of the case on October 10.

Sources from the police service indicate that some top police officers have compromised their work, failed to apprehend these land guards due to some alleged royalties paid to them by these people. Some top hierarchies of the police according to our sources have also compromised their effort at clamping them down on them as they have exchanged their professionalism with compensation for lands.

A source within the police service also revealed that top officers 'Big men' will usually put through a call to stop the CID operations from clamping down the activities of land guards in the area for reasons best known to them.

Other information also revealed that people whose legitimately acquired properties such as lands were tempered with, taken from them would prefer to report such matters to the Police property fraud unit, Adenta police, East Legon, Accra region etc. due to some of their alleged associations and workings with land guards with instances where some of the land guards have confidently boasted of their attachment to one top police officer or the other which they claim makes them 'untouchable'.

Are the security agencies especially the police mandated by law to protect lives and properties ready to clamp down on the activities of land guards?

Is the Acting IGP, COP James Oppong-Boanuh aware of the activities of these land guards at Tsaado? How long will residents of Tsaado live in fear and continue to be terrorised by these land guards for legally acquiring lands from legitimate people or families?

Are the CID operations going to be rendered ineffective by some top officials and contempt cases cited against them as land guards continue to have a field day and take over Tsaado lands?