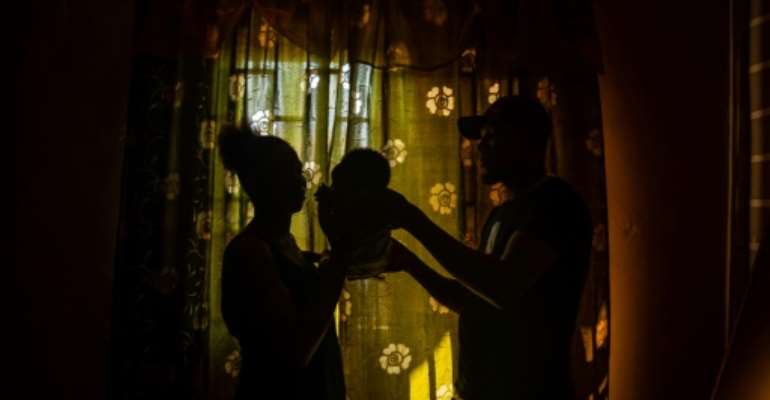 Nearly 14,000 young Nigerians have returned from Libya since 2017 under a UN voluntary repatriation programme after leaving for Europe. By FATI ABUBAKAR (AFP)

Emerging from her ordeal, Gloria considers herself "privileged". Last year, the 26-year-old left Nigeria with four other women, dreaming of a better life in Europe.

On a tortuous journey, three of the five friends died before reaching Libya, where the two survivors were stranded for almost a year. Now only Gloria is back home in Nigeria.

She dreamed of being a fashion designer but now sews synthetic tracksuits in a shabby workshop in Benin City, southern Nigeria, for 15,000 naira a month ($41.50, 38 euros).

"After transport, the money is almost finished", she says.

Still, she adds quickly, she "thanks God for having a job".

Her employment is part of a training programme, set up by southern Edo State, the departure point for most Nigerian migrants.

Gloria is one of nearly 14,000 young Nigerians to have returned from Libya since 2017 under a United Nations voluntary repatriation programme.

She and the other returnees quoted in this story asked not to be identified by their real names.

She is "not asking for too much", just a roof over her head and to be able to eat, Gloria tells AFP.

But she blames herself for daring to dream that life could be better elsewhere and believing the smugglers' promises that they would reach Europe within two weeks.

In Libya, prospects of crossing the Mediterranean vanished, after a tightening of European Union immigration policies.

Many spend months, even years stranded in Libya, sold as slaves by their smugglers.

But once back home in Nigeria, life is even more difficult than before: saddled with debt, struggling to find work, broken by their treatment at the hands of the traffickers and by their failed dreams.

Many suffer long-term mental and physical health problems as well as social stigma on returning to Nigeria, the report released last month said. 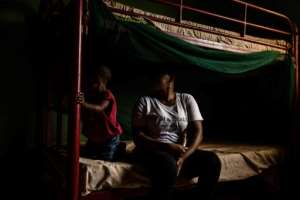 Many Nigerian migrants spend months, even years in Libya, sold as slaves by their smugglers. By FATI ABUBAKAR (AFP)

Government-run centres tasked with looking after them are poorly funded and "unable to meet survivors' multiple needs for long-term comprehensive assistance", it added.

Edo State has set up a support programme which is rare in Nigeria.

Under the scheme, they can travel for free to Benin City, Edo's capital, stay two nights in a hotel, receive an hour of psychological support and an about 1,000-euro allowance.

It barely moves the needle for those starting again but is enough to stoke envy in a country where state aid is scarce and 83 million people live in extreme poverty.

In modern classrooms in Benin City, a few hundred students learn to "code", do photography, start a small business and learn marketing in courses open to all. 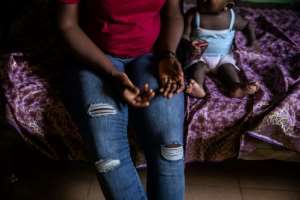 "Classes are both for the youth and returnees, (be)cause we don't want the stigma to affect them," Dare said.

"It's a priority for us to give youth, who are potential migrants, opportunities in jobs they can be interested in."

According to Nigeria's National Bureau of Statistics, 55 percent of the under-35s were unemployed at the end of last year.

Tike had a low paying job before leaving Nigeria in February 2017 but since returning from Libya says his life is "more, more, more harder than before".

Although he returned "physically" in December 2017 he says his "mindset was fully corrupted".

"I got paranoid. I couldn't think straight. I couldn't sleep, always looking out if there is any danger," he said, at the tiny flat he shares with his girlfriend, also back from Libya, and their four-month-old daughter.

A few months after returning, and with no psychological support, Tike decided to train to be a butcher.

But, more than a year since he registered for help with reintegration programmes, including one run by the International Organization for Migration, he has not found a job and has no money to start his own business. 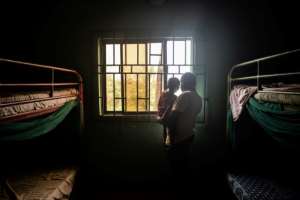 Edo State in southern Nigeria has set up a support programme for returnees that includes free travel to Benin City and two nights in a hotel. By FATI ABUBAKAR (AFP)

"We, the youth, we have no job. What we have is cultism (occult gangs)," Tike says.

"People see it as a way of getting money, an excuse for getting into crime."

Since last year, when Nigeria was still in its longest economic recession in decades, crime has increased in the state of Edo, according to official data.

"Returnees are seen as people who are coming to cause problems in the community," laments Lilian Garuba, of the Special Force against Illegal Migration.

"They see them as failure, and not for what they are: victims."

Peter, 24, was arrested a few days after his return.

His mother had borrowed money from a neighbourhood lender to raise the 1,000 euros needed to pay his smuggler.

"As soon as he heard I was back, he came to see her. She couldn't pay (the debt), so I was arrested by the police," he told AFP, still shaking.

Financially crippled, his mother had to borrow more money from another lender to pay off her debts.

"When I first came back from Libya, I thought I was going to try another country. I tried, but in Morocco it was even worse and thank God I was able to return to Nigeria," he said, three weeks after getting back.

"Now I have nothing, nothing," he said, his voice breaking.

"All I think about is 'kill yourself', but what would I gain from it? I can't do that to my mother."