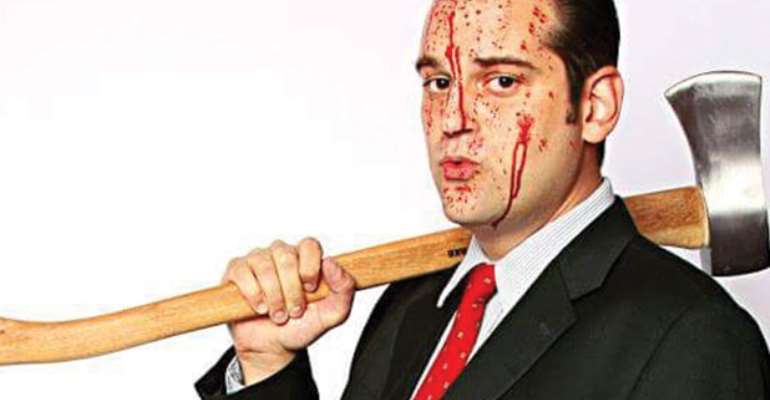 As a little boy, I never dared to learn how to ride a bicycle. I had heard a lot about how almost everyone got injured somewhat while learning how to balance themselves on a bike. The thought of getting hurt sent shivers down my spine. I enjoyed sitting behind friends who were skilled at riding the two-wheeled vehicle but I never made any effort to ride alone. Thanks to one thing― fear.

Each day I saw friends ride down our street, I felt deep within that I could do better. I felt riding a bicycle wasn’t beyond me but my fear of getting hurt had, unfortunately, consumed me. Anytime thoughts of cruising on a bicycle came to mind, the ugly sight of having sores on my legs reared its head.

Today, I really regret not knowing how to ride a bicycle. All through my adult life, one hobby I wish I had had as a child is riding a bicycle. If I could turn back the hands of time, I would have mustered the courage to be a little adventurous, especially, learning how to ride a bicycle no matter what it took. Who knows? I may never have gotten hurt like others. Who even knows? It may have been my best hobby. Courtesy fear, I never explored this possibility in my life.

Like my bicycle experience, fear has prevented many from being who they actually had to be. It would amaze one that they were actually made to be better than those they badly admire…. but for their fear. Fear cuts short destinies. If you are a man of fear, you can never be who you were made to be. Always be certain that fear will make you live a substandard life.

Fear oftentimes walks into our lives as hearsays and then they begin to strangle life out of us. I had heard about others getting hurt trying to ride a bicycle but, truth is, I never tried it myself. Sometimes, we get scared by the many things we hear about some dreams we want to embark on. At the end of the day, we never get to pursue such because of these hearsays. As to whether they may be true or not, we never get to confirm by giving such a try.

The world would have been a better place if each one of us could conquer their fears because fear kills dreams. Trust me, the dreams we see as a reality today are only a fraction of what had ever been conceived. Why couldn’t the rest go beyond the conception stage? Fear!

Fear has killed more dreams that one could ever imagine. When people are afraid, they underestimate the potency of their dreams and let them go. They easily give up on an idea which could turn the lives of millions around when fear walks through the door.

Imagine if Bill Gates had made his fears get a better part of him. There would have been no Microsoft. Imagine if your employer had been afraid to start their business. When fear prevents us from pursing a dream to its end, we don’t only deprive ourselves of the many opportunities it may have come with. We deny many others the benefits, too.

A lot of dreams have gone down the drain because those who conceived them did not have the guts to run with them. Those dreams never saw the light of day because such dreamers were afraid of what others may have thought. They were concerned about what others thought more than what they themselves actually thought. “What will others say” has aborted so many dreams!

It takes courage to dare to dream. However, it takes even greater courage to make those dreams become a reality. Fear is a murderer of dreams. Everyone must be bold enough to have their dreams not murdered. Fear may be an excuse. It sometimes may even be a genuine excuse. However, always weigh the benefits of your dreams tomorrow against the excuses of today.

If you didn’t have any fears, what would you have dared to do? Go out there and do it. Greatness is boldness. It takes a big heart to dare to do things everyone is shying away from. Take note that between where you are now and where you desire to be is a bridge of fear. Until you dare cross this bridge, you will always remain where you are.

If there’s ever one murderer who has been able to get away with all their crimes without being ever apprehended, it should be fear. But well… it doesn’t murder without our consent. Kill your fear before it kills your dreams!