Netanyahu fights for survival as voters head to polls 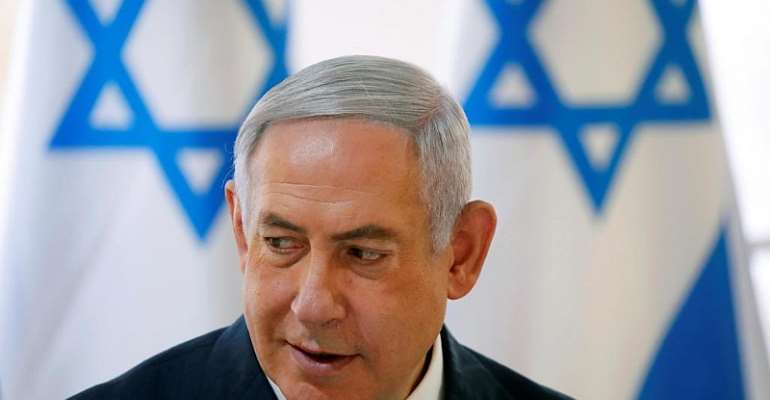 Israeli voters head to the polls on Tuesday in an election largely seen as a referendum on Prime Minister Benjamin Netanyahu, amid backlash over his plans to annex more land in the occupied West Bank if re-elected.

It's the second time in just five months that voters are heading to the polls to choose their new government.

Yet these elections seem less about the government than the man who's been prime minister for the past decade.

Netanyahu is hoping to obtain enough votes to form a governing coalition –something he failed to do in last April's closely fought snap election.

However, it will be a long shot.
"It's very unlikely, according to most polls, that he will get 61 seats to form a coalition without the party of Avigdor Lieberman," Navon told RFI.

Cleaning up politics
Lieberman, a Netanyahu ally-turned-rival, caused his former friend's current woes by refusing to join Netanyahu's coalition government in April, robbing him of a majority.

The former defence minister and secularist politician had sought guarantees that ultra-Orthodox religious students, who are largely exempt from conscription, would be forced to serve in the army. When Lieberman's plan failed, Netanyahu forced the Knesset to dissolve, triggering repeat elections and giving him another chance.

However, the prime minister, who leads the right-wing Likud party, is facing his toughest competitor in years in Benny Gantz.

The leader of the centrist Blue and White party has campaigned on a platform to clean up politics.

“Vote for me: I'm meaner than Netanyahu, but I'm clean,” the left-wing newspaper Haaretz joked earlier this year, paraphrasing Gantz, who has hit hard on his rival's legal woes.

Netanyahu faces a pre-indictment hearing in October on charges of fraud, breach of trust and bribery.

Immunity on the line
Although Netanyahu denies all charges, it is widely believed that he hopes to be able to form a narrow coalition of hardline and religious parties willing to grant him immunity from prosecution.

"The only way for him to push off an indictment would be to have a narrow right wing coalition to clear the 61-threshold," says Navon, who insists this outcome remains unlikely.

Both coalition partners would effectively block legislation granting Netanyahu immunity from prosecution, leaving his future in the hands of the Attorney General, expected to decide whether to formally charge him before the end of the year.

Analysts are predicting a relatively low turnout this time around, with voters not keen on having two elections in one year.

Fearing the end of his 10 year tenure – the longest of any Israeli PM – Netanyahu has made divisive and potentially explosive promises, including plans to annex all illegal Israeli settlements in the occupied West Bank beyond the Jordan Valley if re-elected.

"What he's trying to do is convince voters from the right who might not bother to come to the polls by promising them things that are important to them in terms of annexation," comments Navon.

The move, for decades considered a deal-breaker scenario for Palestinians' aspirations of statehood, was condemned on Monday by French President Emmanuel Macron and Jordan's King Abdullah II, who insisted in statement that a "two-state solution was the only solution to the Israeli-Palestinian conflict".

"It's a desperate attempt to try and convince voters from the right to vote for his Likud party," adds Navon, although he doubts this will counter voter apathy.