Budumburam Camp To Be Closed Down – DCE 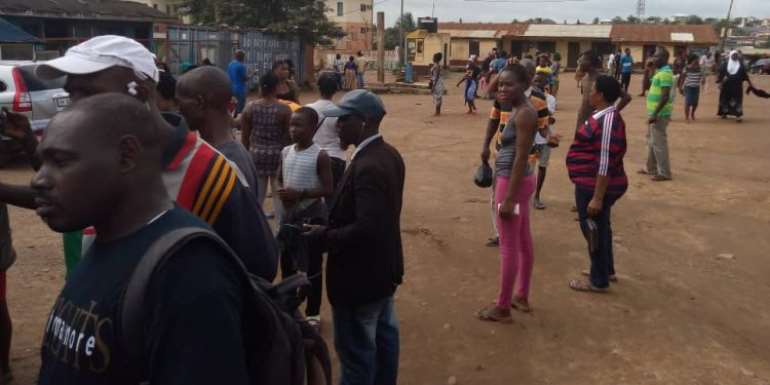 The District Chief Executive for Gomoa East District, Solomon Darko Quarm has hinted the Budumburam camp will soon be closed.

The decision comes in the wake of a recent exercise by a joint military and police personnel to rid the camp of alleged criminals.

The Buduburam refugee camp was established by the United Nations High Commissioner for Refugees (UNHCR) in 1990 for Liberian refugees.

The camp is served by Liberian and international NGO groups and volunteer organizations.

But there are reports that the camp has become a safe haven for criminals to operate and plot their nefarious activities.

Speaking to Citi News, Mr. Quarm says, it has become necessary for the camp to be shut down because it is being used for criminal activities.

He insisted that activities within the camp must be brought under control.

“The camp has become a hub for so many people from all manner of places. It has characters who come and hide there and do all manner of things. That is what is giving Budumburam that negative name. That camp will have to go down,” he said.

Mr. Quarm also stated that he backs the call by the chief of Gomoa, Nana Kojo Essel, to get the refugee camp completely closed.

“I have spoken to Nana Kojo Essel on this issue. We agree to the complete closure of the camp. Frankly, we can't wait any further. The camp must go down,” he added.

Stressing on how long they had waited on government to close down the camp he said, “we are still waiting on government and urging them to hasten the process for us. Perhaps we will take some radical decisions if they don't.”

Meanwhile, the residents have denied complicity in the rising crime rate in that community.