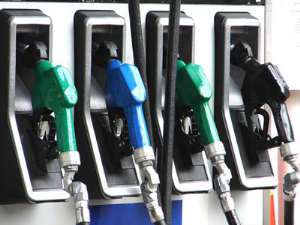 The Institute of Energy Security (IES) has predicted a further increase in petroleum prices in the coming days.

This prediction follows attacks on critical oil facilities in Saudi Arabia over the weekend.

According to the IES, the situation is likely to cause a shortage of oil on the world market, thereby leading to a hike in prices.

“You would understand that Saudi Arabia is the supplier of crude to the US…So if we get them locking out 5% of global supply, it also impacts on the production of refined oil in the US. The US will then be forced to go and now rely on their petroleum reserve. If they don't go to the reserve, it means they won't have enough to refine and it will cause an impact.”

Mr. Anamoah Sekyi also declared that the incident in Saudi Arabia will not only affect fuel prices, but the prices of all other refined products.

He said, “Already prices shot up to almost $71 per barrel over the weekend. We're now hovering around $67 per barrel and so for sure because Saudi Arabia is a key supplier to the global landscape, producing almost 10 million barrels per day, and one-tenth of the global oil production. So it will impact on prices of diesel, petrol and even other refined products.”

Over the weekend, the location of the biggest oil processing plant run by the Saudi state oil company , Aramco suffered a drone attack.

This attack, executed by Yemen's Iran-aligned Houthi group, knocked out more than half of Saudi crude output.

This has led to a huge disruption in the production of oil across the globe.

Meanwhile, prices of crude in some oil markets in the world have already experienced a surge following the attack on the plant.

Transport fares up by 10%

This development comes on the back of a 10% increase in transport fares in Ghana following hikes prices of petroleum products.