A year after Sochi agreement, still no peace in Syria 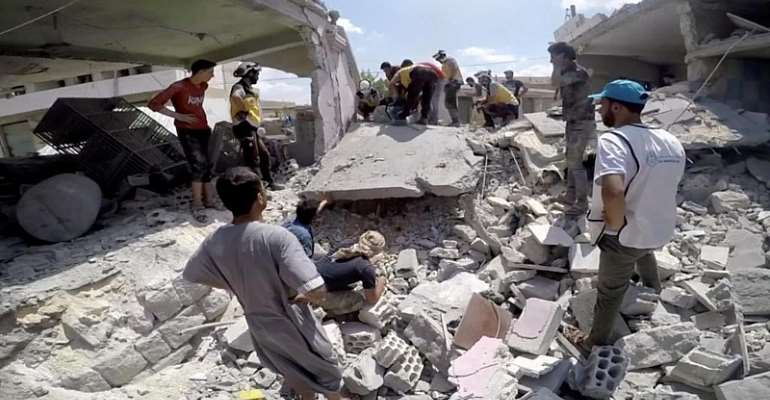 Exactly a year after the Sochi agreement between Turkey and Russia that was to bring final peace to Syria, the leaders of the two countries have met Iran's Prime Minister in Ankara to discuss the lack of progress.

On September 17, 2018, Turkey and Russia signed the “Memorandum on Stabilization of the Situation in the Idlib De-escalation Area” in the Russian resort of Sochi, aimed at preventing an all-out government attack against the last major opposition bastion in Syria.

Some three million people are holed up in the Idlib region. Under the 2018 Sochi agreement, Turkey and Russia vowed the creation of a 20 km demilitarised zone, the removal of “radical terrorist groups”, withdrawal of heavy material including tanks, joint patrols by the Russian and Turkish armies, and an overall cease fire.

But the only provision of the deal that was implemented was the removal of heavy weapons from the buffer zone by jihadists and rebels by the end of October 2018.

Moreover, the Syrian regime's military operations to retake the territory stepped up in April, and advances on the ground followed months of heavy bombardments.

'Astana format'
Monday's talks are the fifth trilateral summit between Russia, Turkey and Iran in the “Astana format”, codename for Syrian peace talks that are held outside the auspices of the United Nations in Geneva.

The talks come after Moscow late last month announced a ceasefire that has since reduced the violence.

The shortcomings of the Sochi deal have also highlighted that its signatories are not equal partners.

Iran has been a crucial actor on the battlefield in Syria, but has kept a lower profile in recent months. Its focus has been on removing Israeli and US involvement.

"A large part of Syria's problems have been solved and some still remain, the most important of which is the Idlib region and east of Euphrates, as well as the Zionist regime [Israel]'s aggressions and America's interventionist presence," Rouhani said in a televised statement as he left Iran.

Cross-border offensive
Meanwhile, Turkey has other concerns regarding Syria.

Kurdish forces, whom it sees as allied to Kurdish militants in its own territory.

That has strained Turkey's relations with its NATO ally, the United States, which backed the Syrian Kurds as the main fighting force against the Islamic State group (IS).

According to Iran's Mehr News Agency, Iranian Prime Minister Hassan Rouhani also said that “the return of the refugees to their homes” will be discussed, and added that “the future of Syria belongs to the Syrian people and they must decide on their country's future.”

Meanwhile, Syria's official Sana News Agency reported at the weekend that “Thousands have returned to...the countryside of Idlib and Hama,” but the Syrian Observatory for Human Rights, a Britain-based monitor, denied the movement, adding that since the start of the "Russian-Turkish truce" 4898 people, among whom 1430 including 374 children, have been killed by shelling.