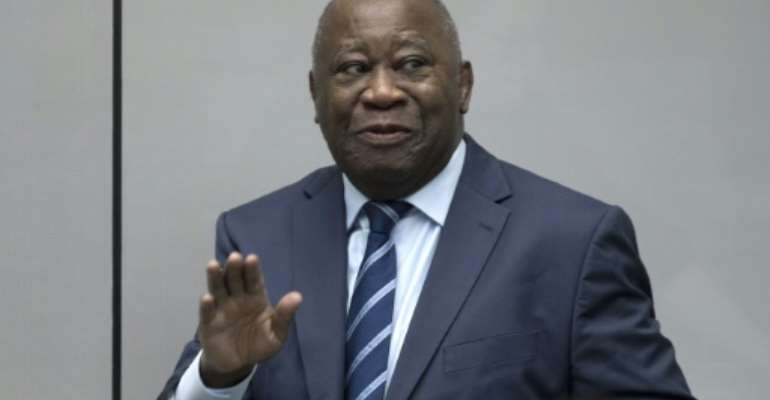 Gbagbo faced charges of crimes against humanity over the 2010-2011 bloodshed. By Peter Dejong (ANP/AFP/File)

The chief prosecutor of the International Criminal Court appealed on Monday against the shock acquittal of former Ivory Coast leader Laurent Gbagbo over post-electoral violence that killed around 3,000 people.

Gbagbo, the first head of state to stand trial in The Hague, and his deputy Charles Ble Goude, were both cleared of crimes against humanity in January and released the following month.

"The appeal will demonstrate that the trial chamber committed legal and procedural errors which led to the acquittals of Mr Gbagbo and Mr Ble Goude on all counts," Prosecutor Fatou Bensouda's office said.

Judges had cleared the pair "without properly articulating and consistently applying a clearly defined standard of proof," said Bensouda.

Ble Goude is meanwhile living in the Netherlands under similar conditions.

Gbagbo faced charges of crimes against humanity over the 2010-2011 bloodshed following a disputed vote the West African nation.

Prosecutors said Gbagbo clung to power "by all means" after he was narrowly defeated by his bitter rival -- now president -- Alassane Ouattara in elections in the world's largest cocoa producer.

However judges dismissed the charges, saying that the prosecution "failed to satisfy the burden of proof to the requisite standard."

The prosecutor had previously indicated in January that she intended in appeal but had to wait until the court's full written reasons for the decision came out in July.

Mahama Announces $10billion Infrastructural Plan To Finish A...
2 hours ago