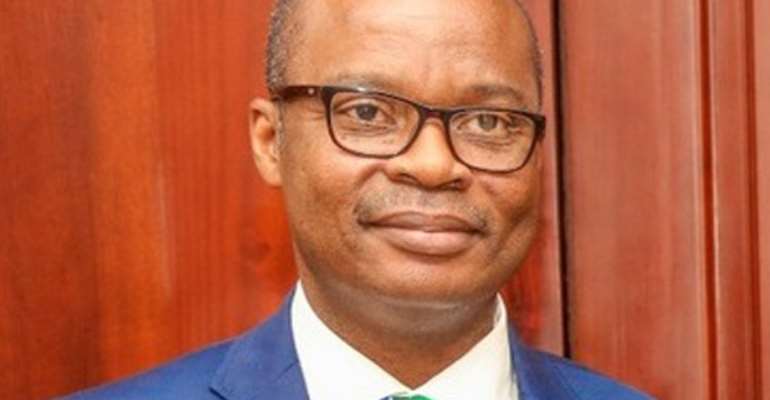 The Governor of Bank of Ghana, Dr Ernest Addison, has said the financial sector reforms is for the good of the country and not done in bad faith.

“I would like to place on record that these difficult decisions taken by the Bank of Ghana were based on its technical assessment and judgment of the conditions facing the financial sector.”

Speaking to members of the Ghana Association of Bankers on Friday in Accra, Dr. Addison said “In particular, I would like to take this opportunity to clarify the misinformation about the circumstances surrounding the licence revocation of the Heritage Bank.”

“We were quite measured not to engage with the directors of the Bank at the time, but sometimes it pays to clarify such actions to avoid misperceptions. During our assessments of this bank, we were able to unravel the financial engineering that went into the creation of false capital upon which the then Heritage Bank obtained its license.

“The Heritage Bank did not have the initial GH¢120 million capital required to obtain the Universal Banking license that was granted in 2016. In fact, the shareholders and directors of the Heritage Bank had round-tripped on a GH¢30 million payment made by COCOBOD to Alive Industries, a related company belonging to the principal shareholder-bank; statements and the transaction documents are available for those who are interested to review.”

Commenting on this subject, the governor said there had also been arguments that the Bank of Ghana should have allowed banks that were not able to raise the minimum capital by the deadline to continue even after the deadline.

“I am sure you all followed the debate on the need to support indigenous banks which received a favourable response from the government through the creation of the Ghana Amalgamated Trust. The banks that received support from GAT met the qualifying criteria of being better governed and well managed.

“What is being perceived as discriminatory should rather be seen as the reward for better corporate governance and good management. That was the qualifying criteria. With the exception of the two state-owned banks (ADB and NIB), the private banks that received assistance were assessed and considered better managed than those that had their licenses revoked.”

According to him, some people have also argued why the Bank of Ghana could not use the bail-out money to keep the collapsed banks in operation.

“Such reasoning suggests a lack of understanding of the fundamental issues at play. Let me say that the underlying factors that accounted for the resolution of the banks were deeper than liquidity issues,” adding “here, one can mention very serious infractions, weak governance structures and related-party transactions which rendered those defunct banks insolvent.”

“These gains should begin to translate into lower interest rates that Ghana pays for issuing debt, as well as lead to further anchoring of inflation expectations at the low and stable levels and financial stability.”