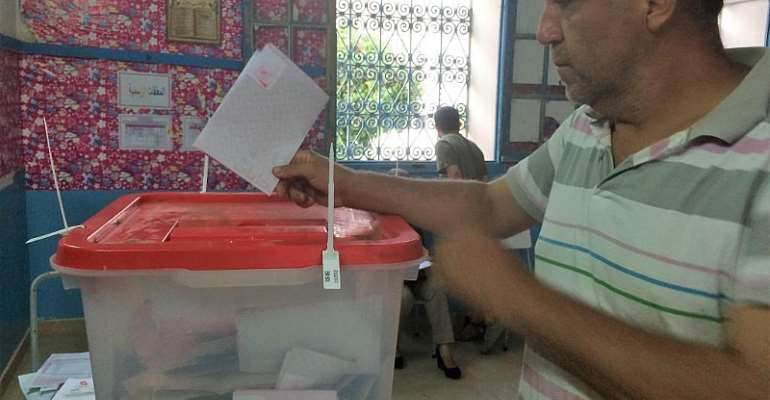 Tunisia has wrapped up its first round of presidential elections with turnout low at 45 percent. Despite a sharp drop compared to the first democratic presidential vote in 2014, there is optimism among many voters, particularly younger ones, who feel the country is on the right track.

According to the heads of voting bureaus visited by RFI in Sousse and Tunis, voting took place without problem.

This election is just the third in Tunisia's young democracy – and the second presidential election since the 2011 revolution that ousted longtime autocrat Zine el Abidine Ben Ali.

Voting on Sunday was down compared to the first round of the 2014 presidential vote, at 64 percent, despite late calls from the head of the electoral authority, Nabil Baffoun, to come out and vote.

The birthplace of the revolution
In the town of Sidi Bouzid, where the 2011 revolution originated, groups of young and old men spend hours debating the ins and outs of their new country, and the woes they have suffered.

Nasser Awlad Ahmed, a 57-year-old professor of philosophy, sees the cup half-full – despite social and economic hardships Tunisians have had to endure since 2011.

“In political science, there is a general principle that if a country can hold two clean and transparent elections, then it is a democracy,” he says. "So Tunisia has taken off politically.”

However, with democracy comes an obligation, he adds.

Duty to vote
The civic duty that drives people to come out to vote is something that Tunisians are still learning about.

In the working class neighbourhood of Cité Zouhour in Sousse, 31-year-old Marwa voted, but wasn't convinced of the whole process.

“I don't think it will change anything. I think they had already decided ahead of time who would be president,” she says.

But not everyone shares the sense of disenchantment.

Coming out of the polling station in the middle-class area of Cornish, 39-year-old Amel believes Tunisians have suffered long enough, and sees voting like a rite of passage.

“This is a golden opportunity. We have to vote, and we have to vote well. I'm confident I've made the best choice I could,” she says, while taking selfies with her friend showing the ink-stained finger – proof of voting.

Sanaa, 38, agrees: “There are those who decided not to vote this time. Maybe they voted for someone who wasn't that competent last time and were disappointed, so they don't want to be disappointed again. But I believe we must vote. It's not a choice but a duty.”

First-time voters
The youth were late in getting to the voting booths, and while they did turn up, it was not in the numbers officials were hoping for.

For 19-year-old Nefal, it was his first time. He believes it is “something all Tunisians need to do”.

However, he admits that his friends didn't see things the same way.

“Some of them decided it's not necessary to vote. But, it's my country and I'm a patriot. I need to."

Over in the more bourgeois part of Sousse in Karaoui, Sara and her friend Nefal are also voting for the first time.

“We all voted, all our family and friends. We're not political people but you have to vote, it's a duty,” says Sara.

In his late 30s, it's also his first time voting – he didn't bother in 2014. But this was the right time, he says, “because there are new people with a beautiful vision of things for Tunisia”.

Political versus apathy
In the lead-up to these polls, there was much reporting on voter apathy.

But voter participation was still palpable, even if not everyone is convinced that their vote can make a difference.

With many people coming out to vote merely from a sense of 'duty', perhaps one could conclude along the lines of Ahmed, the philosopher whom we met earlier, that the situation for Tunisia's democracy is closer to the cup being half full, rather than half empty.