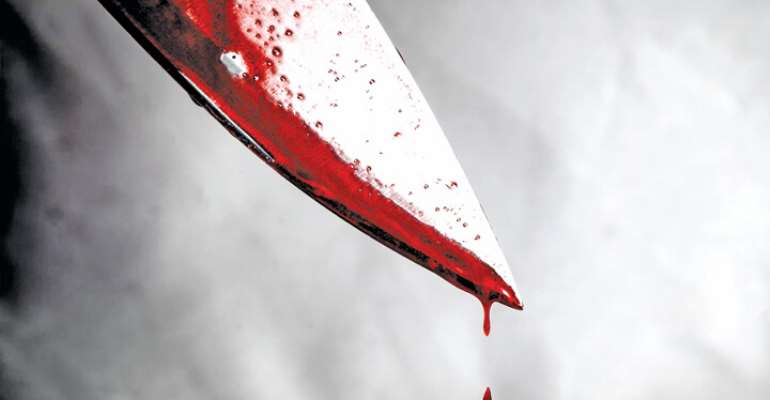 Three suspected murders, two of them involving watchmen, rocked the Ashaiman municipality Sunday [September 15] morning as the town woke up to the horrific events.

The three bodies, discovered within about 200-metre span of one another, had the heads of the deceased covered with their respective clothes in similar fashion.

The lifeless bodies of the three persons — identified as Ibrahim Bagada Sumaila, 70, a watchman; Kobina King, 70, also a watchman; and Josuah Afuugu, 35 — were picked up at separate locations in the municipality in the morning.

Information available to the Daily Graphic indicated that about 6 a.m. on Sunday, Abdul Razak Ibrahim, an agent of Apsonic Motors in Ashaiman, lodged a complaint with the Ashaiman District Police Command that around 5:45 a.m., he went to his shop and found his watchman, Ibrahim Bagada Sumaila, murdered with the deceased’s head covered with his clothing.

Body parts
On reaching the scene, police discovered the lifeless body of the deceased, with blood oozing from his eyes, nostrils, ears and mouth.

The police also saw the deceased's phone and torchlight laying beside the body while the shop he guarded was intact.

The police said while they were preparing to convey the body to the Police Hospital in Accra, they received another information that another watchman at Kasapreko warehouse, opposite Ashaiman Senior High School, just about 50 metres from the first suspected murder scene, had also been murdered.

The police visited the new scene and saw the second watchman, Kobina King, also suspected to have been murdered and his face covered with his clothes.

Initial examination at the scene revealed that some body parts in the head area had been removed.

In this incident too, no break-in was detected at the Kasapreko warehouse.

Third person
Just when the police were about to convey the two bodies to the mortuary, another information got to the team that another person had been found suspected to have been murdered at Tulaku, near the Ashaiman roundabout.

At the third scene, the police saw the body of Josuah Afuugu, also suspected to have been murdered and his clothes used to cover his head.

Afuugu, the police said, was not a watchman, but slept in front of Sofaamy glass shop.

Police detected that one of his eyes had been removed, but no shop was tempered with.

The Ashaiman Police District Crime Officer, Deputy Superintendent of Police (DSP) George Antwi Tanoh, confirmed the incident and said all the three bodies had been conveyed to the Police Hospital for preservation and autopsy.

Meanwhile the police have initiated investigations into the cases.