Ebola Outbreaks Corruption Amidst The Fear Of Sending Children To School 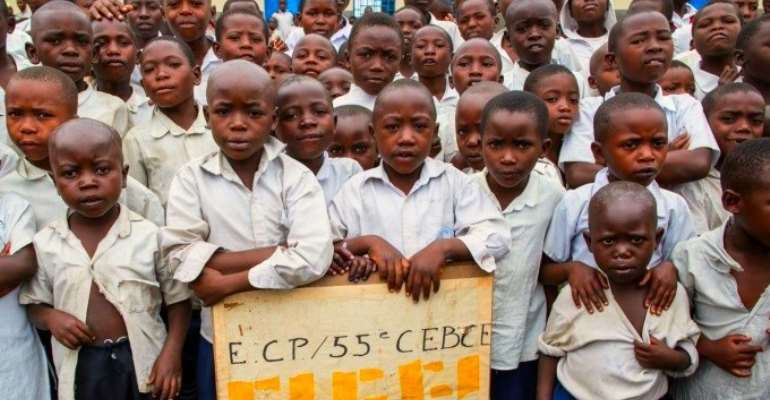 Ebola ‘miraculously’ appeared from heaven to hit the West African countries of Sierra Leone, Liberia and the Republic of Guinea, in 2014, even though the same Ebola outbreaks occurred simultaneously in Marburg and Frankfurt in Germany, and in Belgrade, Serbia, in 1967. Thereafter, the disease has appeared in Congo many times and still claiming lives.

The sad part of the outbreaks of the disease in Africa is the advantage some of the authorities take to make money at the expense of the victims. During the administration ex-President of Sierra Leone, Ernest Bai Koroma, there was massive corruption during the Ebola outbreak in the country. Millions of dollars to help fight the disease was stolen.

Ebola corruption has repeated itself in the Democratic Republic of Congo. The former Minister of Health, Oly Ilunga, who resigned in July 2019, as a protest against the management of the Ebola epidemic that broke out in the eastern part of the country, which killed over 1700 people and infected 2,500, is now involved in corruption?

Last week, Oly Ilunga Kalenga was taken into custody over alleged mismanagement of funds for the country's response to an ongoing Ebola epidemic and had planned to flee the country, police say. The National Police confirmed that the former Health Minister tried to evade legal proceedings by leaving the country.

The outbreak in central Africa, which has been running for almost a year, has become the second most deadly killing more than 1,600 people in the north-east of the country.

This case has increased the risk of the virus spreading internationally. The crisis in the DRC has been made more difficult due to ongoing conflict in the region and trust issues. Many Congolese think Ebola is a disease to kill them, thus, in the past, many victims had escaped from treatment centers making the fight against the disease a hectic activity.

Archbishop Katanda said the outbreak was in an area where many different armed groups of rebels from various countries were active which had made the response more complex, as local people saw aid organizations helping Ebola victims, but not the victims of the ongoing conflict.

He has called for a multi-targeted approach to help the region, tackling the Ebola virus and assisting the victims of the violence in the area. He also emphasized the importance of education in schools and churches.

Ebola has had a devastating and destructive impact on families and communities that many parents are afraid to send their children to school. There are 6,509 primary and secondary schools located in areas affected by Ebola in the provinces of Ituri, North Kivu, and South Kivu, of which 3,800 of them are in high-risk areas.

Most of them have reopened for the new school year.