In Ethiopia, busted VW Beetles 'pimped out' for hip youth 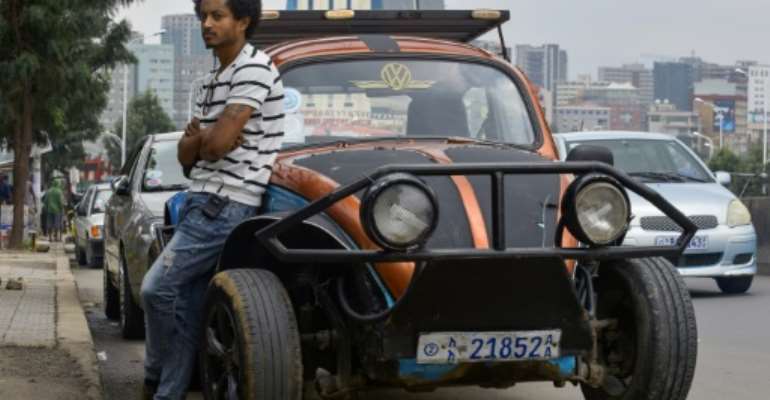 When Robel Wolde bought a beat-up 1967 Volkswagen Beetle from a friend for 50,000 Ethiopian birr (about 1,540 euros, $1,700), it marked the start of an extensive restoration he'd plotted for years.

He installed new grey leather seats, applied black stripes and decals along the orange-and-blue exterior and hired a metalworker to fit oversized headlights to the front bumper.

Two months and an additional $1,000 later, Robel's vision was complete.

And with that, he joined the growing number of young Ethiopian drivers giving the Beetle -- which has long occupied a hallowed position in the nation's car culture -- a 21st-century upgrade. 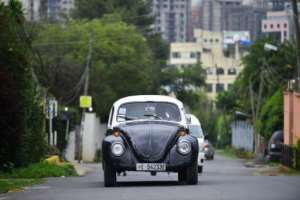 The love for the VW Beetle in Ethiopia goes back decades, and is rooted in both economics and nostalgia. By MICHAEL TEWELDE (AFP)

Some of this restoration work is inspired by shows like the old MTV hit "Pimp My Ride" -- "pimped out", American slang for customised vehicles, has been adopted in Addis Ababa.

But love for the Beetle in Ethiopia goes back decades, and is rooted in both economics and nostalgia.

Volkswagen is hoping to capitalise on this goodwill. In January, it signed a memorandum of understanding with the Ethiopian government to set up a domestic auto industry, including an assembly plant.

Regardless of what comes of this project, Robel says the Beetle's popularity will endure.

"Most of the time, Beetles are driven by old people," he said, leaning on the bonnet of his car near one of Addis' busier roundabouts.

"But when they are custom and pimped like this, they are a fashion statement for young people."

The 'car for everyone'

Initially developed in Nazi Germany as an instrument of propaganda, the origins of the Volkswagen Beetle "people's car" date back to 1938.

Beetles became a common sight in Addis Ababa under former emperor Haile Selassie, who ruled for more than four decades beginning in 1930. 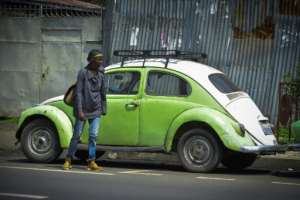 In 1974, when the communist Derg regime removed him from power, Haile Selassie was famously forced to duck into a Beetle before being escorted away from his palace.

Yet it's clear that the cars also have sentimental value.

When the Ethiopian-American novelist Maaza Mengiste sees one, she says she is reminded of the pale blue Beetle her grandfather drove -- the same car that took her to the airport when she left the country as a young girl not long after the Derg came to power.

"I associate that car with Ethiopia, with growing up there and all the happy memories I have," she told AFP. 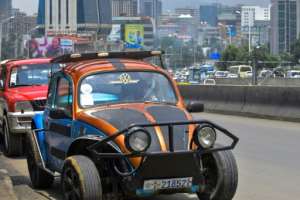 Beetles are still ubiquitous in Ethiopia, in part because exorbitant taxes make buying new cars impossible for many. By MICHAEL TEWELDE (AFP)

Ever since, Ethiopians from a range of backgrounds have been posting photos of their own, sometimes offering equally personal memories.

"There was something about a Volkswagen that cut through social lines," Mengiste said.

"It was a car for everyone. You could be looking for some form of stability, and you would manage to buy a Volkswagen and that was your step into an upwardly mobile but not extravagant social class."

Like Mengiste, Kaleb Teshome, a 29-year-old mechanic, has been riding in Beetles all his life.

For decades, his family has owned a garage that specialises in fixing up the cars.

Now Kaleb works alongside his father at the garage, where more than a dozen Beetles compete for space on a tiny dirt lot, with others lining the nearby road.

Many of the Beetles have been brought in for standard tune-ups. 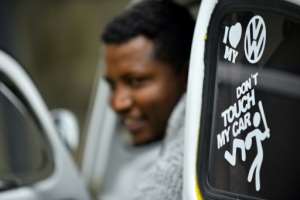 Using the hashtag #BeetleEthiopia, Ethiopians from a range of backgrounds have been posting photos on Twitter of their Beetles, sometimes with personal memories. By MICHAEL TEWELDE (AFP)

But every few months, Kaleb is asked to do the kind of custom work worthy of "Pimp My Ride," a show he still watches online even though it was cancelled more than a decade ago.

"I've known the cars since my childhood. I know what they need," he said.

One recent morning, he showed AFP his own "pimped-out" Beetle, a shiny green-and-black 1972 model with massive tyres that would look more at home on a truck.

"When I drive it on the street," he said, "even people who drive luxurious cars say 'Wow.'"

Whether "pimped-out" or not, the Beetles of Addis Ababa seem destined to become collectors' items. 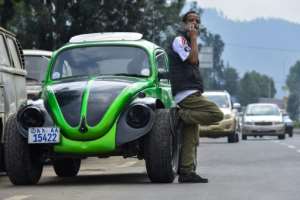 For decades, the family of Kaleb Teshome has owned a garage that specialises in fixing up Beetles. By MICHAEL TEWELDE (AFP)

In July, Volkswagen marked the end of the Beetle's around eight-decade run by launching a limited, 65-unit "Beetle Final Edition" at its factory in Puebla, Mexico.

For Robel, the painter, the news was further validation of the investment he'd made in his own car.

"If production of the Beetles has stopped, that means we have a treasure," he said.

"They will become part of history. That is their fate, so I think I am lucky. Even if I get a really good offer, I don't think I will sell."