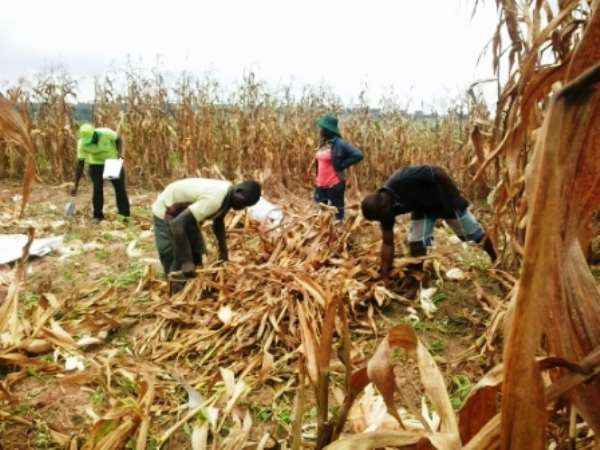 Legal consultant for Ghana Co-operative Agricultural Producers and Marketing Association Ltd (AGRICOOPS), Lawyer Gloria Ofori Boadu, has implored the government to engage and give special priority to Agriculture Co-operatives and other stakeholders in the drafting and discussions of the 2017 Co-operative bill.

Lawyer Gloria Ofori Boadu says there is the need to review the co-operative law passed in 1968 to be in tune with modern times.

This she believes, apart from generating employment, will also position members well to attract loans to expand their farms and take full advantage of the many government policies such as the planting for food and jobs and one district one factory.

According to her, agricultural co-operative societies have the potential to generate employment for millions and also supply food and raw material for both export and domestic consumption should government policies give them the freedom to control its own affairs.

”There could be mandatory policies for these co-operative societies to help with producing so may items locally so that the burden of importing on our national budget will reduce so that government can save some foreign exchange. There’s so much the co-operatives can do”.

She spoke to Univers News on the sidelines of a dialogue by the Ghana Co-operative Agricultural Producers and Marketing Association Ltd (AGRICOOPS) in Accra.

The project was supported by the Business Sector Advocacy Challenge (BUSAC) Fund and its development partners including DANIDA, USAID and the European Union.

The engagement was under the theme ”Policy dialogue toward the development of a viable agricultural co-operative society in Ghana”.

”At the moment we have a 51-year-old law, the current one we are howver advocating for that is the draft legislation from the stakeholders is capturing the services these societies will most likely render should they be made autonomous.”

She added that the lack of government support to pass the draft bill and recognition means the country cannot develop any meaningful benefits from Co-operative Associations.

Over the years, the department continues to suffer neglect, rendering them ineffective in the discharge of their mandate.

The Ghana Co-operative Agricultural Producers and Marketing Association (Agricoops), the apex body of cooperative farmers in Ghana was formed in 1972 and registered as a co-operative institution in 1974 with the Registrar of Co-operative Societies with the number: GAR/N/AC/74.

The initial unions were from Ashanti and BrongAhafo Regions and only one society in Ada Foh in the Greater Accra Region.

With the object of development of a viable, self-reliant forward-looking and capable of improving the standard of living of co-operative farmers through the application of the universally accepted farming practices, co-operative principles, and values with the goal of making farming a profitable and dignified business enterprise.

The Agricoops, therefore, is concerned with improving the livelihoods and income opportunities for small scale farmers.