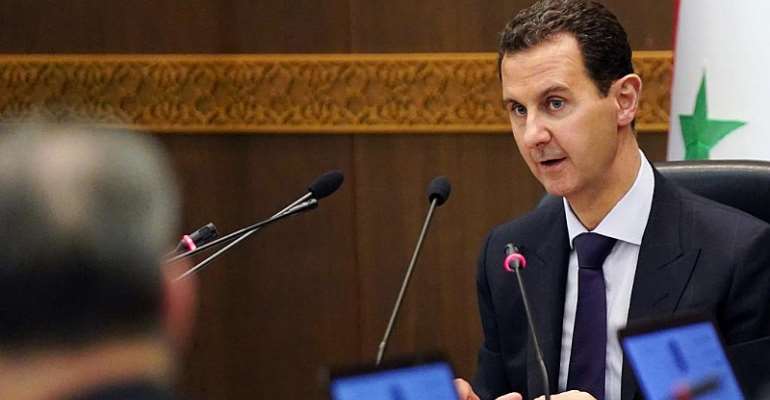 Syria's President Bashar al-Assad has issued a decree to release or decrease the punishment of various prisoners, including some detained under the war-torn country's "terrorism law".

The so-called "general amnesty" is the latest in a line of such decrees, including one in 2014 that saw thousands released.

Sunday's decree also promised to reduce sentences of some detainees.

It would include freeing some prisoners detained under a 2012 "terrorism law", using a catch-all term for anti-government activists, rebels and jihadists.

Those imprisoned under the 2012 law over "conspiracy" or failing to inform the authorities of an act of "terrorism" are to be released, according to the decree.

But the amnesty does not extend to those condemned over killing someone or rendering them paralysed.

Exceptions aside, prisoners sentenced to death are instead to serve life in jail with hard labour.

Those sentenced to a life of hard labour are instead to work for 20 years, and those handed a life sentence are to do time for 20 years instead.

Prisoners with incurable diseases over the age of 75 years old and who have been condemned would also be released.

Deserters who hand themselves over within three months inside Syria or six months outside the country are to be exempted from punishment.

The same goes for kidnappers who release their hostages safe and sound within the next month.

In 2014, after securing a new term in a controversial election conducted only in government-controlled areas, Assad issued an amnesty.

Later the same year, a minister said around 11,000 detainees had been released.

But the Syrian Observatory for Human Rights, a Britain-based monitor, said the number released was close to 7,000 -- just a tenth of prisoners that had been expected to benefit.

Syria's war has killed 370,000 people and displaced millions since it started in 2011 with the repression of anti-government protests.